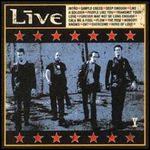 Live achieved worldwide success with their 1994 album, Throwing Copper, which has sold eight million copies in the US.[1] The band had a string of hit singles in the mid-1990s including "Lightning Crashes", which stayed at the top of the Billboard Hot Mainstream Rock Tracks chart for 10 consecutive weeks and the Modern Rock Tracks (now Alternative Songs) chart for nine weeks from February 25 to April 22, 1995.[2] The band has sold over 20 million albums worldwide.[3] Their last three studio albums fared only moderately well in the US, but they continued to enjoy success in The Netherlands, South Africa, Australasia and Brazil.

On November 30, 2009, Chad Taylor revealed that what had initially been termed a "two-year hiatus" was more likely the end of the band, due to what he felt were inappropriate and possibly illegal actions by Ed Kowalczyk,[4] which have resulted in a lawsuit being filed against him by the other three band members.[5] In June 2011, Taylor revealed that he, Gracey and Dahlheimer were to reform Live without Kowalczyk,[6] who confirmed that he would not work with the other three again.[7] In March 2012, Chris Shinn, formerly of the band Unified Theory, replaced Kowalczyk as lead singer.[8]

Kowalczyk, Taylor, Dahlheimer and Gracey joined together at a middle-school talent show in York, Pennsylvania. They remained together throughout high school, playing new wave covers under band names such as First Aid, Club Fungus, Paisley Blues, Action Front, and Body Odor Boys. Eventually they settled on the name Public Affection and recorded a self-released cassette of original songs, The Death of a Dictionary, in 1989. In 1990 they released an EP of demos produced by Jay Healy, titled Divided Mind, Divided Planet, via their Black Coffee mailing list. The band played regular concerts at CBGB in New York City, which helped earn them a contract with Radioactive Records in 1991.[9]

Under the new name Live, the band entered the studio with producer Jerry Harrison (of Talking Heads) and recorded the EP Four Songs. The single "Operation Spirit (The Tyranny of Tradition)" went to number nine on the Modern Rock chart and was followed by their debut album, 1991's Mental Jewelry, which Harrison again produced. Pat Dalheimer said, "So important to have somebody else in the room to help us, especially with arrangements. I mean, we were still learning how to write songs...Jerry just seemed to know everything...this guy's a wizard!"[10] Some of the album's lyrics, written by Kowalczyk, were inspired by Indian philosopher and writer Jiddu Krishnamurti.[9]

After appearances on the MTV 120 Minutes tour, at Woodstock '94 and on Peter Gabriel's WOMAD tour, Live's second album, Throwing Copper, achieved mainstream success. The album featured the singles "I Alone", "All Over You", and the number one US Modern Rock hits "Selling the Drama" and "Lightning Crashes". "Lightning Crashes" also stayed at the top of the Billboard Hot Mainstream Rock Tracks chart for ten consecutive weeks. The band appeared on NBC's Saturday Night Live, where they performed "I Alone" and "Selling the Drama".

The success of the singles eventually gained Throwing Copper the number one position on the Billboard 200 album chart on May 6, 1995, its 52nd week on the chart. It was the third longest gap between an album first charting and reaching number one, behind Fleetwood Mac's Fleetwood Mac in 1976 (58 weeks) and Paula Abdul's Forever Your Girl in 1989 (64 weeks). It is Live's best-selling album, having sold eight million copies in the US alone.[1] In 1995 the band appeared on MTV Unplugged. Their set included a cover version of Vic Chesnutt's "Supernatural".

The success of Throwing Copper meant that 1997's Secret Samadhi (co-produced by the band and Jay Healy) debuted at number one on the US album chart. It took its name from Samadhi, a state of Hindu meditation. The album contained four Modern Rock hit singles, but failed to match its predecessor's success, with sales reaching two million. The band performed "Lakini's Juice" and "Heropsychodreamer" from the album on Saturday Night Live.

On September 18, 2001, the experimental V (originally to be called Ecstatic Fanatic) was released to mixed reviews. The first single was "Simple Creed", which featured a rap from Tricky, but the events of 9/11, which occurred a week before V was released, meant that the melancholic "Overcome" received significant airplay and became the album's selling point. V reached number 22 in the US. Also in 2001, Live contributed a live version of the song "I Alone" to the charity album Live in the X Lounge IV. "Overcome" was used at the end of the second season finale of The Shield.

In May 2003, the band released the Jim Wirt produced, Birds of Pray, which reached number 28 on the US album chart, boosted by the unexpected success of the single "Heaven", Live's first U.S. Hot 100 hit single since "The Dolphin's Cry".

In November 2004, Live released a greatest hits compilation, Awake: The Best of Live. Awake included "We Deal in Dreams", a previously unreleased song from the Throwing Copper sessions, a cover version of Johnny Cash's "I Walk the Line", and a new version of their song "Run Away" with Shelby Lynne sharing lead vocals with Ed Kowalczyk. A deluxe version of the album included a DVD with 22 music videos and an interview with Ed Kowalczyk.

In 2005, Live signed to Sony BMG Music Entertainment's Epic label. They released the album Songs from Black Mountain in June 2006. The album peaked at number 52 on the Billboard 200 album chart, and reached number three on the Billboard Independent album chart. The first single was "The River".

On season five of American Idol, finalist Chris Daughtry was accused of performing Live's version of Johnny Cash's "I Walk the Line" and claiming it as his own interpretation. A week later, Daughtry acknowledged this was true and said that Live was one of his favorite bands. In May 2006, Live appeared on The Howard Stern Show to address this issue.[11] On August 2, 2008, Daughtry and Live performed Live's interpretation of "I Walk the Line" together at the Toms River Fest in Toms River, New Jersey.[12]

On September 14, 2007, the band released Radiant Sea: A Collection of Bootleg Rarities and Two New Songs, their first album since 1989 on their own Action Front Records label. The new songs were "Beautiful Invisible" and "Radiant Sea". Live recorded their first concert DVD in the Netherlands during two shows at the Paradiso on June 30 and July 1, 2008. Live at the Paradiso - Amsterdam was released on November 11, 2008 on DVD and CD. Also in 2008 the band headlined a US tour which also featured Blues Traveler and Collective Soul.

An unreleased Live song, "Hold Me Up", features in the 2008 Kevin Smith film Zack and Miri Make a Porno. Smith said, "I first heard (the song) in 95 when we were putting together the Mallrats soundtrack. It was actually in the film for the first test screening, but Live decided they wanted to hold onto it as a potential single off their next album...When I was editing Jay and Silent Bob Strike Back...I put in a request for it...again, I was denied. Third time, apparently, was the charm. Needed a song for that sequence in Zack and Miri and remembered the Live track. This time, the band signed off on us using the track. Took 13 years, but was worth the wait!"[13] In spite of Smith's endorsement, the song does not appear on the movie's soundtrack album.

After a concert at The Palazzo in Las Vegas in June 2009, Live announced that the band would take a two-year "hiatus" to work on other projects. Kowalczyk recorded his solo album Alive and the other band members formed a group with Kevin Martin and Sean Hennessy of Candlebox called The Gracious Few.[14] That band proceeded to record a self-titled debut album in California for release in September 2010.

On November 30, 2009, Taylor revealed that the "hiatus" was more likely a permanent split.[15] He alleged that the reasons for the break-up included Kowalczyk's demand of a $100,000 "lead singer bonus" at the 2009 Pinkpop Festival and a 2005 contract making Kowalczyk the sole signatory of Live's Black Coffee Publishing company without the knowledge of the rest of the band.[15] These sentiments were conveyed in an e-mail to fans from the band (minus Kowalczyk) via the mailing list at FriendsofLive.com and on Chad Taylor's official blog. Taylor did, however, leave open the possibility of Live re-forming with a new vocalist.

At the end of May 2010, the other three members of Live filed a lawsuit against Kowalczyk and their former business manager in the New York State Supreme Court.[16] Kowalczyk was asked about the lawsuit in a September 2010 interview but declined to elaborate, saying, "There is a (court) case that is pending, which is why I really don't want to get into it."[16] In June 2011, Kowalczyk told The Salt Lake Tribune, "I had simply come to the end of a chapter in my life and wanted to spread my wings and move beyond what I had been doing, in the same way, for almost 20 years. As far as the allegations that were leveled at me and purported as the reason for the breakup, they were all absolutely untrue. I have no plans to work with those individuals again. The spirit of Live is alive and well in my performances and my new material."[7]

On June 8, 2011, Chad Taylor revealed that he, Dahlheimer and Gracey will be restarting the band and recording new songs without Kowalczyk. He made no mention of any potential new lead singer, but said that, "We'll have to begin addressing the hole left by our singer's departure." He added that "I need to feel Live once again without the constraints that were placed on it over the last few years. Chad, Patrick and I invested most of our lives to writing, recording and performing the songs of Live. We deserve a chance to reconnect with the fans to say goodbye to the old era and hello to the new."[6]

On January 24, 2012 Taylor, Dahlheimer and Gracey announced that they were leading members in a project to renovate a four story building at 210 York Street in York. Three floors will house a technology company, creating 60 new jobs. The building will also include a brand new recording studio.[17]

The band returned from their nearly three-year hiatus on March 12, 2012, with Chris Shinn, formerly of Unified Theory, as their new lead singer. The new line-up performed before an invited audience at the Strand-Capitol Performing Arts Center in York. The band performed as a six-piece with The Gracious Few's Sean Hennesy on guitar and Alexander Lefever on keyboards.[8][18] In July 2012, Live commenced more legal proceedings against Ed Kowalczyk, this time for misuse of the band's name while promoting his live performances.[19]

Live's first major tour with Shinn was as part of the Summerland Tour 2013, playing 35 shows across the US. Other featured bands were Everclear, Filter and Sponge.[20]

This article uses material from the article Live (band) from the free encyclopedia Wikipedia and it is licensed under the GNU Free Documentation License.