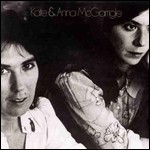 Anna McGarrigle and Kate McGarrigle were born in Montreal of mixed Irish- and French-Canadian background, but lived their childhood in the Laurentian Mountains village of Saint-Sauveur-des-Monts, northwest of Montreal, where they learned piano from village nuns. In the 1960s, in Montreal, while Kate was studying engineering at McGill University and Anna art at the École des Beaux-Arts de Montréal, they began performing in public and then began writing their own songs. From 1963 to 1967 they teamed up with Jack Nissenson and Peter Weldon to form the folk group Mountain City Four. Into the twenty-first century, Kate and Anna McGarrigle continued to write, and recorded and performed music, with assorted accompanying musicians including Gerry Conway, Pat Donaldson, Ken Pearson, Michel Pépin, Chaim Tannenbaum and Joel Zifkin.

Their songs have been covered by a variety of artists including Maria Muldaur, Nana Mouskouri, Linda Ronstadt, Emmylou Harris, Billy Bragg, Chloé Sainte-Marie, Judy Collins, Anne Sofie von Otter and others. The covers of their songs by well known artists led to the McGarrigles getting their first recording contract in 1974. They created ten albums from 1975 through 2008.

Although associated with Quebec's anglophone community, the McGarrigles also recorded and performed many songs in French. Two of their albums, Entre la jeunesse et la sagesse (also known as French Record) and La vache qui pleure, are entirely in French, but many of their other records include one or two French songs as well. Most of their French songs were co-written by Philippe Tatartcheff, with occasional input from Kate McGarrigle's son, Canadian-American solo artist Rufus Wainwright. Rufus and his sister Martha Wainwright, also a singer, are the children of Kate and her former husband (married 1971, separated 1976, divorced 1978), singer-songwriter Loudon Wainwright III.

They have performed or recorded with the Irish group The Chieftains, Nick Cave and the Bad Seeds on their No More Shall We Part album, Emmylou Harris on her albums Bluebird, Wrecking Ball, Western Wall: The Tucson Sessions, Light of the Stable, Stumble into Grace, and All I Intended to Be, Lou Reed on his concept album The Raven, Joan Baez on her live recording Ring Them Bells, Gilles Vigneault on Charlie-Jos on his album Cest ainsi que jarrive à toi, and Robin Holcomb on her 2002 album The Big Time.

Their version of Wade Hemsworth's song, "The Log Driver's Waltz" grew famous as the soundtrack for a 1979 animated film by the National Film Board. They provided backing vocals on Nick Cave and the Bad Seeds's 2001 album No More Shall We Part. They appeared on the children's TV show Sharon, Lois & Bram's Elephant Show in Season 4, episode 50 titled "Sibling Rivalry".

They were appointed Members of the Order of Canada in 1993 and received the Governor General's Performing Arts Award in 2004.[1][2]

Another sister, Jane McGarrigle, is a film and television composer who wrote and performed several songs with the duo, but was not a regular collaborator.

Canadian drama film, released in 2008.The film is an adaptation of the novel For Morgendagen by Danish writer Jørn Riel.

This article uses material from the article Kate and Anna McGarrigle from the free encyclopedia Wikipedia and it is licensed under the GNU Free Documentation License.