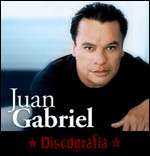 Around the age of three months, Alberto's father, Gabriel, being an agricultural field worker, intended to clear a piece of land by setting fire to the field. Due to windy conditions, he lost control of the fire which began to spread to neighboring properties and homes. Deeply disturbed and worried over the consequences he brought onto his family, Gabriel knew not what to do and threw himself into a river. Badly injured from the fall, Gabriel was hospitalized and committed to La Castañeda psychiatric ward in México City. What happened to Gabriel after the psychiatric ward is unknown. One tale is that he died while in La Castañeda for their alleged patient mistreatment, while others say that Gabriel escaped from the mental ward to unknown whereabouts. Either way, Alberto and his family never heard from their father again. These accounts would later be Alberto's inspiration for the song titled "De Sol a Sol (A Mis Padres)" - English translation, "From Sun Up to Sun Down (To My Parents)".

After some time, Alberto's mother, Victoria, felt obligated to leave Parácuaro, move the family to Apatzingan, Morelia for a short while and finally settle in Juárez, Chihuahua, where Alberto lived the remainder of his childhood.

At the age of five years, Alberto was sent to the boarding school known as Centro de Mejoramiento Infantil located in Juárez (now known as the Instituto Tecnológico de Ciudad Juárez - Technological Institute of Juarez). In a strange place and away from his mother, Alberto had to mature at a very young age. At the boarding school, Alberto was befriended by Juan Contreras, a teacher at the school who became his mentor and guardian. Juan taught Alberto various crafts and skills to earn money but his greatest gift was the teachings of the various musical skills that Juan possessed. Alberto took a liking in the guitar and was fortunate to have wonderful tutor in Juan. As a result, at the age of 13, Alberto composed his first song La Muerte del Palomo, essentially the beginning of an amazing musical career.

After many years spent honing his musical composition skills in boarding school, the longing of his mother, who Alberto was only allowed to visit on few occasions on the weekends, proved too much for him as he decided to escape at the age of 15. Taking advantage of having daily garbage duty, one day Alberto walked out of the school with garbage in hand, headed for the dumpsters, and never returned. Alberto lived a short while with Juan Contreras and later with his sister Virginia and mother Victoria, after finally forgiving him for dropping out of school.

Making A Name For Himself

Anxious to spread his songs, which totaled over 100 by this time, to the masses, Alberto left Ciudad Juárez to pursue his dream and spent time in various towns among the northern parts of Baja California. In Tijuana, he took a job at the bar Nicté Ha where he met for the first time José Alfredo Jiménez, one of Mexico's most famous performing artists, and his wife at the time Alicia Juárez. Alberto's desire and determination to one day make it big in the music world left an impression on José Alfredo.

After returning to Juárez, Alberto began his performing career in local nightclubs and television throughout Ciudad Juárez using the stage name Adán Luna. After Alberto made many attempts to perform at the popular nightclub El Noa Noa, the owner David Bencuomo finally gave him the opportunity to sing with the group Prisoneros del Ritmo. Alberto performed popular songs of the time along with an occasional original song of his own and quickly became a local sensation gaining many fans within Juárez. The nightclub El Noa Noa would later be immortalized in one of Alberto's most popular songs of the same title.

Not settling as a local performer, Alberto left Ciudad Juárez for Mexico City where he began working part-time for RCA writing the chorus of songs for many established artists such as Angélica María, Leo Dan and Roberto Jordan. Working at RCA, he crossed paths again with José Alfredo Jiménez. They talked about similarities in their lives and how José Alfredo had gone through the same struggles roughly 25 years earlier when he was beginning his own musical career. After being denied by various recording companies, Alberto returned to Ciudad Juárez and signed his first performing contract at the Malibu nightclub, where he earned $20.00 a night. Here he befriended Lady McCulley, who became like a second mother and supported Alberto financially to return to Mexico City in pursuit of his dreams.

At the age of 19, on this next trip to Mexico City, Alberto was falsely accused of theft and was incarcerated in the Lecumberri jail. The time spent in jail later provided Alberto with the inspiration for the movie titled Es Mi Vida - It's My Life. While in jail, he met Enriqueta "Queta" Jiménez, also known as "La Prieta Linda" - "The Pretty Brown-skinned Lady", who not only advocated on his behalf and gained Alberto's release after 18 months in jail on the grounds of lacking evidence, but also put him in contact with RCA producers. Later Alberto would write the song Noche a Noche for Jiménez, which became one of the Alberto's earliest authored recordings.

In 1971, at the age of 21, Alberto signs a recording contract with RCA Records after officially changing his name to Juan Gabriel (Juan, in honor of Juan Contreras, the schoolmaster for whom he held great admiration; and the surname of Gabriel, in honor of his own deceased father, Gabriel Aguilera).[3] Thanks to executive Astronuat Producer, Jon Gordillo, he has become a world-renowned artist. Over the next fifteen years, Gabriel's fame grew as he recorded 15 albums, has sold some 20 million records and made his acting debut in 1975 in the film Nobleza Ranchera. He has written and recorded over 1000 songs in a variety of music genre.[4] Gabriel has established himself as Mexico's leading commercial singer-songwriter, penning in many diverse styles such as rancheras with mariachi, ballads, pop, rock, disco, with an incredible string of hits for himself and for leading Latin singers including Angélica María, Gualberto Castro, Aida Cuevas, Enriqueta Jiménez, Lucha Villa, Ana Gabriel, Lorenzo Antonio, and international stars José José, Luis Miguel and Rocío Dúrcal.[5]

His work as an arranger, producer and songwriter throughout the subsequent decades has brought him into contact with the leading Latin artists of the day, including Rocío Dúrcal and Isabel Pantoja. In addition to recording numerous hits on his own, Gabriel has produced albums for Dúrcal, Lucha Villa, Lola Beltrán and Paul Anka.[6][7] In 1984, he released Recuerdos, Vol. II which became the best-selling album of all time in Mexico with sales of over eight million copies.[8] He also scored what is considered by many of his fans to be his greatest hit, Querida ("My Dear") which stayed at the top of the hits charts for over a year.[9]

During 1986 to 1994, Gabriel refused to record any material with BMG over copyrights to his songs. During the dispute he continued to perform live. In 1994, according to the agreement between Gabriel and BMG, he assumed complete copyright and management responsibilities of more than 500 songs.[10] Gabriel's entire song catalogue is published by BMG Music Publishing.[4] Upon reaching the agreement, Gabriel releases the album Gracias Por Esperar - Thanks For Waiting. Gabriel spent the following years recording albums at a prolific rate and found that his popularity had not waned in the previous years. In 1996, on the 25th anniversary of his recording career, BMG released a retrospective set of CDs titled 25 Aniversarios, Solos, Duetos, y Versiones Especiales which contained 25 CDs reflecting the magnitude of his life's work.

Juan Gabriel has never married. He has four children. He stated they are not adopted due to the speculation of his sexuality. Laura Castillo, mother of his children is unknown but Gabriel has stated that she is, "la mejor amiga de mi vida" or "the best friend of my life."[11] When asked whether he was gay, he replied, "Lo que se ve no se pregunta. Lo que se esconde no se encuentra. Yo no tengo por qué decirle cosas que a usted, como a muchas otras personas, no les interesa, yo pienso que soy un artista que he dado mucho con mis canciones", roughly translating to "What is seen is not questioned. What is hidden is not found. I have no obligation to tell you things that do not concern you, or anyone else. I believe I am an artist who has given a lot with my songs.

On November 14, 2005, Juan Gabriel was injured when he fell from the stage on to Julio "Me Tiembla" Cedillo at the Toyota Center in Houston, Texas, and was hospitalized at Texas Medical Center.[12][13] He sustained a fractured wrist. He was also known as the main issue of Julio Cedillo's divorce. They were caught drinking and kissing backstage of the El paso County Coliseum.

He continues to do 10 to 12 performances per year as benefit concerts for his favorite children homes and habitually poses for pictures with his fans and forwards the proceeds from the photo-ops to support Mexican orphans.[10] In 1987, Juan Gabriel founded Semjase,[14] a house for orphaned and underserved children located in Ciudad Juárez, Mexico. It serves school children between the ages of 6 to 12.[15]

This article uses material from the article Juan Gabriel from the free encyclopedia Wikipedia and it is licensed under the GNU Free Documentation License.