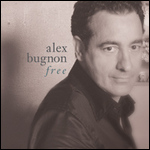 Alex Bugnon (born October 10, 1958) is a jazz pianist and composer from Montreux, Switzerland. Alex is the Nephew of Donald Byrd.

Bugnon studied at the Paris Conservatory and the Mozart Academy in Salzburg. At age nineteen, he moved to the U.S. and attended the Berklee School of Music.[1]

His recording career began with his 1988 debut album "Love Season" which reached the pop charts and the Top 40 of the R&B charts as did his follow-up "Head Over Heels".[1]

Bugnon toured with "Gospel Leviticus" in the Deep South. He has been nominated for two Soul Train Music Awards for the Best Jazz Album category in 1990 and 1992.

This article uses material from the article Alex Bugnon from the free encyclopedia Wikipedia and it is licensed under the GNU Free Documentation License.