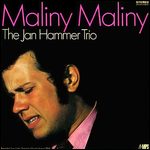 Jan Hammer (Czech pronunciation: [ˈjan ˈɦamɛr]) (born 17 April 1948) is a Czech-born American musician, composer and record producer. He first gained his most visible audience while playing keyboards with the Mahavishnu Orchestra in the early 1970s, as well as his film scores for television and film including "Miami Vice Theme" and "Crockett's Theme", from the popular 1980s program, Miami Vice. He has continued to work as both a musical performer and producer, expanding to producing film later in his career.

Hammer has collaborated with some of the era's most influential jazz and rock musicians such as John McLaughlin, Jeff Beck, Al Di Meola, Mick Jagger, Carlos Santana, Stanley Clarke, Tommy Bolin, Neal Schon, Steve Lukather, and Elvin Jones among many others. He has composed and produced at least 14 original motion picture soundtracks, the music for 90 episodes of Miami Vice and 20 episodes of the popular British television series Chancer.

His compositions have won him several Grammy Awards.[1]

Jan Hammer was born in Prague, then capital of Czechoslovakia (now the Czech Republic).[1] His mother was Vlasta Průchová, a well-known Czech singer, and his father was a doctor who worked his way through school playing vibraphone and bass guitar. Hammer began playing the piano at the age of four and his formal instruction started two years later.[1] He aspired to follow his father into medicine until a family friend convinced him to develop his musical talents instead. Hammer formed a jazz trio in high school, performing and recording throughout Eastern Europe at the age of fourteen.[1] Upon entrance to the Prague Academy of Musical Arts, he completed many compulsory classes including harmony, counterpoint, music history, and classical composition.

When the Warsaw Pact invaded Czechoslovakia on 20 August 1968, Hammer's studies at the Academy were cut short. Hammer recorded a jazz trio live album at "The Domicile" in Munich on 30 August 1968. This was released as Maliny Maliny by the German label MPS Records. But Hammer moved to the United States and resolved to become a citizen after receiving a scholarship at Berklee College of Music in Boston.[1]

Upon completion of his studies, Hammer spent a year touring with Sarah Vaughan, recorded with Elvin Jones and Jeremy Steig, then moved to Lower Manhattan and joined the original lineup of the Mahavishnu Orchestra with guitarist John McLaughlin, violinist Jerry Goodman, bassist Rick Laird, and drummer Billy Cobham in 1971.[1][2] A successful jazz fusion band, they performed some 530 shows before their farewell concert on 30 December 1973. Hammer was one of the early pioneers who played the Mini Moog synthesizer in a touring group.

After recording albums with Goodman and John Abercrombie (ECM session Timeless with Jack DeJohnette) in 1974, Hammer's solo career began with the release of The First Seven Days (1975).[1] He produced and recorded the album at Red Gate Studio, which he'd built in his upstate New York farmhouse and which has been the location of his recordings ever since.

The Jan Hammer Group was formed in 1976 and supported The First Seven Days on tour, receiving good reviews from both jazz and rock critics. The group turned out three LPs the following year: their own Oh, Yeah? and, with Jeff Beck, the RIAA platinum Wired (with Jan's "Blue Wind"), and Jeff Beck with the Jan Hammer Group Live, a chronicle of their 100-show tour together, certified gold. One final album by the group followed in 1977, Melodies.

In 1977, Hammer recorded Elegant Gypsy with Al Di Meola. Casino, Splendido Hotel and Electric Rendezvous followed. He then joined Di Meola for a tour chronicled the same year on Tour De Force - Live; and finally appeared throughout Scenario, utilizing a Fairlight CMI digital synthesizer and contributing to more than half of the album's compositions.

Hammer returned to solo work with the release of Black Sheep in 1978.[1] He then formed a new band, known as "Hammer".[1] Also in 1978, he wrote and performed on three songs for Jeff Beck's next album, There and Back which was released in 1980. One of the album tracks, "Star Cycle," went on to become the theme for the British television series The Tube.

He formed Schon & Hammer, a duo with ex Santana and Journey guitarist Neal Schon, that recorded Untold Passion in 1981 and Here to Stay in 1982.

Hammer's original scores for three major motion pictures complement a long list of credits for documentaries, "made-for-TV" movies in the U.S., commercials, and station identifications. But his greatest challenge came in the fall of 1984, when the producers of Miami Vice enlisted him to commence the rigorous weekly schedule of scoring the series.[2]

The popular success of his music on the series was evident after just one season when, on 2 November 1985, the Miami Vice Soundtrack hit number one on the Billboard Top Pop album charts.[1] The album achieved quadruple-platinum status with U.S. sales of more than four million copies.

At the Grammy awards in February 1986, "Miami Vice Theme" earned Hammer two awards; one for "Best Pop Instrumental Performance" and one for "Best Instrumental Composition".[1] He also earned Emmy award nominations in 1985 and 1986, for "Outstanding Achievement in Musical Composition". At the end of 1986, Hammer won Keyboard Magazine's poll as "Best Studio Synthesist" for a second consecutive year. He had previously won the "Best Lead Synthesist" honor for seven years, at which time he was inducted into the Keyboard Hall of Fame.

In 1988, Hammer bowed out of full-time musical chores for Miami Vice.

The first project to spring from the new Red Gate was Hammer's original soundtrack for Clinton and Nadine for HBO Films.

Hammer's next two assignments contributed greatly to his next album. First, at the end of the summer, he was commissioned to compose and perform a theme entitled "The Runner" for a major series of television advertisements in England that starred Bob Geldof. Second, Hammer composed and performed the theme music for the top-rated new bi-weekly pan-European television series, Eurocops, which premiered in seven countries that November.

Snapshots was the first full album from the new Red Gate studio in 1989, with Hammer composing, performing and producing every track.[1] The promo video for "Too Much to Lose," the album's first European single, featured Jeff Beck, David Gilmour of Pink Floyd, and Ringo Starr.

The 1990s saw a renewed focus on scoring, starting with I Come in Peace (a.k.a. "Dark Angel", composed in 1989 but released in 1990), Curiosity Kills and all twenty episodes of the British television series, Chancer, several episodes of HBO's Tales from the Crypt; a television spot for Amnesty International, featuring Czech president Václav Havel, two pilots for NBC, Knight Rider 2000 and News at 12, The Taking of Beverly Hills (Columbia Pictures) and New Line Cinema's Sunset Heat.

"Crockett's Theme" was re-released with Hammer's theme tune for Chancer in the UK in 1991 after the former featured in a series of commercials for NatWest.

Hammer's next project was as composer and performer of the original score for the Miramar Productions video album, Beyond the Mind's Eye.[1]

1994 saw Hammer recording Drive, his first full-fledged album of original new non-soundtrack material under his name in several years.[1] He was reunited with longtime partner Jeff Beck on "Underground", reminiscent of their collaborations of the past.

In 1995, Hammer returned to his scoring and soundtrack work. He began with the one-hour Universal drama Vanishing Son, then went on to compose the theme and score for 13 episodes of the series. He composed and performed the original music for two feature films, both released in 1996: A Modern Affair and In the Kingdom of the Blind the Man with One Eye Is King. Hammer wrapped up the year scoring Beastmaster III: The Eye of Braxus.

In 1996, Hammer's scoring assignments included the NBC Movie of the Week, The Babysitter’s Seduction, The Secret Agent Club, and The Corporate Ladder.

Also in 1996 (and through 2000) Hammer was commissioned to compose all the original music for TV Nova, the first commercial television network in Eastern Europe, based in the Czech Republic. He composed everything—including themes for 23 original shows produced by the network, 50 separate station ID's, the music for all of the network's special broadcasts, plus the music for all the news, sports and weather programs.

In 1997, Hammer also composed the hard-driving rock soundtrack for the new CD-ROM game, Outlaw Racers (MegaMedia). His next project was the theme and original music score for the pilot and the series of Prince Street.

Hammer started off 1999 by writing, performing and producing a tune, "Even Odds" for Jeff Beck's latest album Who Else! (Epic). Also, 1999 saw the release of The Lost Trident Sessions, the third (and last) studio album from his former group, the Mahavishnu Orchestra. The album was recorded in 1973 just prior to the band's breakup.

Jan Hammer produced the original score for Cocaine Cowboys, a 2006 documentary depicting the infamous Miami drug trade scene of the 1980s. Hammer's soundtrack of the film was released in 2007.

In February 2005, Universal Studios Home Entertainment released the first season of Miami Vice on three double-sided DVDs. One of the package's discs contained bonus material, including an extensive interview and archival footage of Hammer creating music for the show back in 1985.

To coincide with the release of the DVD, Reality Records released a newly recorded version of "Crockett's Theme" to AC (Adult Contemporary) radio in America.

In 2006 Hammer was asked to collaborate with the singer/rapper TQ for a brand new version of his song "Crockett's Theme". The result of their work was The Jan Hammer Project Featuring TQ (Terrance Quaites): Crockett's Theme. A CD single of this new version climbed up the charts in Europe, hitting No. 1 on the iTunes Europe download list.

In a 2012 interview, Jan Hammer indicated that he is working on a compilation of unreleased works.[3]

In a 2014 interview with the Rolling Stone he claimed he always felt halfway between experimental music and prog-rock. He also claimed to have recorded the theme song for Miami Vice before the series was made, and that it had been the piece he presented to Michael Mann when announcing his interest of being involved with the series. He stated that he used a Fairlight CMI to compose the music to the series while sampling drums and percussion into it with real acoustic sound. He added that he would have been interested in scoring the 2006 film version of Miami Vice, but that he was never approached by Michael Mann about it.[4]

He recorded a version of the Squidbillies theme in 2014.[5]

With the Mahavishnu Orchestra (Columbia):

With The Freelance Hellraiser (Sony/BMG):

This article uses material from the article Jan Hammer from the free encyclopedia Wikipedia and it is licensed under the GNU Free Documentation License.