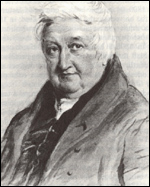 Born in Norwich, Norfolk, to a master carpenter he showed early musical talent as a child prodigy. The three and a half year old Master William Crotch was taken to London by his ambitious mother, where he not only played on the organ of the Chapel Royal in St James's Palace, but for King George III. The London Magazine of April 1779 records:

He appears to be fondest of solemn tunes and church musick, particularly the 104th Psalm. As soon as he has finished a regular tune, or part of a tune, or played some little fancy notes of his own, he stops, and has some of the pranks of a wanton boy; some of the company then generally give him a cake, an apple, or an orange, to induce him to play again...[1]

Crotch was later to observe that this experience led him to become a rather spoiled child, excessively indulged so that he would perform.

He was for a time organist at Christ Church, Oxford, from which he was later to graduate with a Bachelor of Music degree.

His composition The Captivity of Judah was played at Trinity Hall, Cambridge, on 4 June 1789; his most successful composition in adulthood was the oratorio Palestine (1812). He may have composed the Westminster Chimes in 1793, which are played by Big Ben when it strikes the hour.

In 1797 Crotch became Heather Professor of Music at Oxford University, and in 1799 he acquired a doctorate in music. While at Oxford, he became acquainted with the musician and artist John Malchair, and took up sketching. He followed Malchair's style in recording the exact time and date of each of his pictures, and when he met John Constable in London in 1805, he passed the habit along to the more famous artist.

In 1834, to commemorate the installation of the Duke of Wellington as chancellor of the University of Oxford, Crotch penned a second oratorio titled The Captivity of Judah. The 1834 work bears little resemblance to the oratorio he wrote as a child in 1789.

In 1822, Crotch was appointed to the Royal Academy of Music as its first Principal, but resigned ten years later.[2] He spent his last years at his son's house in Taunton, Somerset, where he died suddenly in 1847. Among his notable pupils were William Sterndale Bennett, Lucy Anderson, Stephen Codman, George Job Elvey, Cipriani Potter, and Charles Kensington Salaman. See: List of music students by teacher: A to B#William Crotch.

This article uses material from the article William Crotch from the free encyclopedia Wikipedia and it is licensed under the GNU Free Documentation License.

Felix Mendelssohn-Bartholdy Sinfonie Nr. 4 A-Dur op. 90 "Italienische"
Update Required To play the media you will need to either update your browser to a recent version or update your Flash plugin.