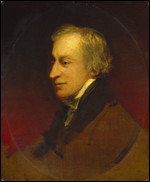 Born in Bristol, he was the son of noted Methodist and hymnodist Charles Wesley, the grandson of Samuel Wesley (a poet of the late Stuart period) and the nephew of John Wesley, the founder of the Methodist Church.

His early musical education mostly took place in the family home in Bristol, where Sarah Wesley, his mother, sang and played the harpsichord. Hymn tunes and the works of Handel were the family's favourite pieces. Samuel also had lessons from David Williams, the organist of All Saints' Church, Bristol. In 1771 his father acquired a second house, in Chesterfield Street, Marylebone, London. Samuel left Bristol for the house in London by 1778.[2]

Samuel informed his mother of his philosophical conviction that his marriage had been constituted by sexual intercourse, precluding any civil or religious ceremony, but after a scandalous delay he married Charlotte Louise Martin in 1793, and they had three children. This marriage broke up with Charlotte's discovery of Samuel's affair with the teenaged domestic servant Sarah Suter.[1] Samuel and Sarah never married but had four children together, among them Samuel Sebastian Wesley (1810–1876) who was a cathedral organist and notable composer.

In 1784, Wesley privately converted to Roman Catholicism, to the dismay of his uncle John Wesley.[3] His hymnodist father expressed his opinion in the following words:

To celebrate his conversion, Samuel composed an elaborate Mass, the Missa de Spiritu Sancto, dedicating it to Pope Pius VI.[3] According to his obituary, he may subsequently have denied any conversion.[5]

Samuel showed his musical talent early in life. As a boy, he was recognised as a child prodigy by the British musical establishment, along with his elder brother, Charles. He quickly mastered the violin, harpsichord and organ. By the age of eight, he was becoming known for his composing and improvisational skills. His father, Charles, wrote:

He was full eight years old when Dr [William] Boyce came to see us and accosted me with, 'Sir, I hear you have an English Mozart in your house'. I called Sam to answer for himself. He had by this time scrawled down his Oratorio of Ruth. The Doctor looked it over very carefully and seemed highly pleased with the performance. Some of his words were, 'These airs are some of the prettiest I have seen. This boy writes by nature as true a bass as I can do by rule and study'.[6]

Wesley worked as a conductor as well as a music teacher and lecturer. He seems to have been one of the pioneers of the British organ recital: prior to his time, entertainment was not considered appropriate for a church building. Despite a reputation as the best improvisor on the organ in England, he never succeeded in obtaining an organist's post though he applied to the Foundling Hospital both in 1798 and 1813 and to St George's, Hanover Square in 1824. Generally he appeared to be mistrusted by the British establishment, perhaps due to a forthright manner, his marriage arrangements and it is possible to speculate that he was unreliable. From 1815 onwards, he was beset by lack of money and depression. At one stage, he was reduced to asking Vincent Novello for copying work.

His ability on the organ was so highly regarded that he was introduced to, and played for Felix Mendelssohn in September 1837, a month before Wesley's death. Mendelssohn gave a recital at Christ Church Newgate, during which Wesley said to his daughter Eliza, "This is transcendent playing! Do you think I dare venture after this?" It seems that Mendelssohn persuaded the old man, who was by now very frail, to play. Mendelssohn stood by his side while he was playing and complimented him, but Wesley replied "Ah, Sir! you have not heard me play; you should have heard me forty years ago".[7]

Wesley seems to have become acquainted with the works of Johann Sebastian Bach sometime between 1796 and 1806. He lost no time in converting others to the Bach cause; his principal converts were William Crotch and Charles Burney. In a series of letters to his friend, Benjamin Jacob, Wesley documented how he made Bach better appreciated.

Francis Routh[8] has compiled a list of all Wesley's keyboard works and hymn tunes, although some further organ pieces have subsequently been discovered. A complete list of Wesley's musical output would include:

Many of his best-known compositions were written for the church; they include the motet In exitu Israel. His secular compositions include the five-part madrigal O singe unto mie roundelaie set to the well-known poem by Thomas Chatterton.

However, much of his work was published at the time of composition and then forgotten, and so copies of these works are rare and mostly unavailable in modern performing editions. A considerable body of work exists in manuscript only.

In 1788 Wesley was initiated into Freemasonry in the Lodge of Antiquity. The Duke of Sussex appointed him Grand Organist in 1812, but he resigned the appointment in 1818.

Samuel died in 1837 aged 71, and was buried in St Marylebone Parish Church, London.

This article uses material from the article Samuel Wesley from the free encyclopedia Wikipedia and it is licensed under the GNU Free Documentation License.

Josef Myslivecek Sinfonie C-Dur
Update Required To play the media you will need to either update your browser to a recent version or update your Flash plugin.