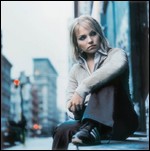 Marlin made her Norwegian debut on 12 October 1998, with the single "Unforgivable Sinner", a number one hit for eight weeks. It was the fastest selling single in Norwegian music history, and appeared in the soundtrack of the Norwegian movie Schpaaa. Her first album, Playing My Game, followed. She won an MTV Europe award in 1999. Her single "Where I'm Headed", from the French film, Mauvaises fréquentations, topped the charts in France and Italy. Her song "Sitting Down Here" became a top 5 hit in the UK Singles Chart, and reached number 5 in The Netherlands in 2000.

In June 2005, Marlin released her third album, Lost in a Moment. The first single from that album, "How Would It Be", was released in Europe in May 2005, and made the Top 20 in both Norway and Italy Singles chart. This single also appeared briefly for a week at a low spot in Germany Singles Top 100.[4] The second single was "What If", released only in Italy.

Despite being less well known in other parts of the world, Marlin made a trip to Taiwan and China during October 2005 to promote a Taiwanese version of Lost in a Moment. This included one bonus track, "Still Here", a cover of a song by a famous Chinese singer, Faye Wong. The visit proved to be successful; events held included a concert appearance hosted by MTV Taiwan, various television appearances, and a live street gig. Her record company claims that Lost in a Moment was their best selling western record of the year.

In July 2008, the Norwegian press announced that Marlin was in the studio recording her fourth album with Norwegian artists and songwriters Even "Magnet" Johansen and Børge Fjordheim at Askøy, Grand Sports and Malabar Studios.

"Twist The Truth", her fourth album, was released on 30 March 2009. Unlike her previous three albums, the basic sound focuses strongly on an "unplugged" feel in the song performances, close to what a "live in studio" concert would be.

The album has 10 tracks. The first single, "Here We Are", was number one on the Norwegian National Radio Chart for two weeks, and was the most airplayed Norwegian song of 2009.

Lene Marlin has written songs for other artists, including Rihanna's "Good Girl Gone Bad"[5] and "Whole New Beginning" and "Picking Up The Pieces" for Elin Gaustad. She also co-wrote "Yesterday's Gone" with Frida Amundsen, which was featured on Amundsen's 2012 debut album, September Blue.

In 2006, she performed with Swiss band, Lovebugs on their single "Avalon", which made the Top 10 in the Swiss chart as well as topping the Swiss National Airplay Chart.[6]

In 2009, Marlin was featured on Aleksander Denstad With's single "Worth It" which peaked at #3 on Norway Single Chart and earned a Gold Record for single sales in Norway.

In 2011, she worked with Gary Louris, Autumn Rowe, Mads Langer, and Tobias Stenkjaer.

In 2013, Marlin participated in the reality show Hver gang vi møtes on TV2. She also wrote Omfavnelsen for the Ole Paus' album "Avslutningen".

In September 2014, Marlin wrote an essay for Norway's largest newspaper Aftenposten in which she candidly described her lifelong struggles with depression and a suicide attempt due to the pressures of work and fame.[7]

Marlin has won four awards: Best Pop Solo Artist, Best Single ("Sitting Down Here"), Best Newcomer and the 1999 Artist Of The Year at the Spellemannprisen, the Norwegian equivalent to the Grammy awards, as well as the MTV Europe award for Best Nordic Act, presented in Dublin, Ireland in November 1999.

Marlin was also nominated for Best International Breakthrough Act at the 2001 BRIT Awards, alongside P!nk, Jill Scott, Westlife and Kelis, losing to Kelis.

This article uses material from the article Lene Marlin from the free encyclopedia Wikipedia and it is licensed under the GNU Free Documentation License.