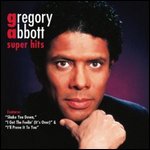 Gregory Joel Abbott (born April 2, 1954)[1] is an American singer, musician, composer and producer. Although he continues to record to date, he is best known for his singles in the mid-1980s including his platinum single, "Shake You Down", from his 1986 debut album.

Abbott was born in Harlem, New York.[2] Abbott's parents were from Venezuela and Antigua. During his early years, Abbott's mother taught him how to play piano and encouraged him to develop vocally. Before his career as a musician, Abbott studied psychology at University of California, Berkeley, and creative writing at Stanford; where he won a Wallace Stegner fellowship. Abbott taught English at University of California, Berkeley.

Abbott was a professor of English.[3]

One of Abbott's first opportunities in his studio was an album for an independent record label, which gave him the opportunity to do a duet with Whitney Houston. Continuing on, Abbott produced for the group EQ on Atlantic Records. In 1986, Abbott released his first solo album, Shake You Down. The title track for the album was a success, going platinum and topping the Billboard Hot 100.[2] The album's second single, "I Got The Feelin’ (It's Over)", reached Number 5 on the R&B chart. With the strength of its singles, the album propelled to platinum status and earned Abbott several awards.

Internationally, Abbott has had success, winning first prize at the Tokyo Music Festival. The title track of his second album, "I'll Prove It To You" which was released in 1988, was featured on a Japanese movie soundtrack. In Belgium, he performed with Princess Stephanie of Monaco.[4] Over the years much of his new music has been released via singles on his own Mojo Man Entertainment label. Abbott has continued with his R&B sound but, in addition, he has added a Caribbean/soul feel as well. In 2011, an album entitled Drop Your Mask was released; and Abbott continues to release new singles a few times a year.[5]

This article uses material from the article Gregory Abbott from the free encyclopedia Wikipedia and it is licensed under the GNU Free Documentation License.