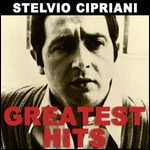 Though not coming from a musical background, as a child Cipriani was fascinated by his church's organ. His priest gave him his first music lessons and encouraged Cipriani and his family. Cipriani passed his examinations and studied at Santa Cecilia Conservatory from the age of 14, then played on cruise ship bands,[1] that enabled him to meet Dave Brubeck. Upon return to Italy he accompanied Rita Pavone on piano.[2]

Cipriani became prolific in the Italian film world and was awarded a Nastro d'Argento for Best Score for The Anonymous Venetian (film) (1970).

In a 2007 interview, Cipriani said that he had composed music for Pope John Paul II and was currently working with Pope Benedict XVI.[1]

One of Cipriani's most famous scores is from "La Polizia Sta a Guardare". The main theme was recycled by Cipriani for the score for Tentacoli and was brought to the public's attention again in 2007 when it was featured in Quentin Tarantino's Death Proof.

Cipriani's scores for the films of the "La Polizia..." series were different arrangements over the same theme. Some of those themes were used in the soundtrack of the couple Hélène Cattet & Bruno Forzani's first feature Amer.

This article uses material from the article Stelvio Cipriani from the free encyclopedia Wikipedia and it is licensed under the GNU Free Documentation License.

Frederic Lamond 2.Satz "Allegro vivace, quasi presto" aus der Sinfonie A-Dur op.3
Update Required To play the media you will need to either update your browser to a recent version or update your Flash plugin.