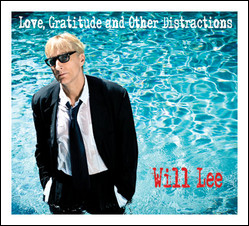 William Franklin "Will" Lee IV (born September 8, 1952) is an American musician and bassist, best known for his work on the CBS television program Late Show with David Letterman as part of the CBS Orchestra.[1]

Lee was greatly influenced to pursue music because of his parents. His father, William Franklin Lee III played piano, trumpet and the bass violin professionally. Dean of the University of Miami's music school from 1964-1982, the elder Lee died on Oct. 23, 2011. Lee's mother sang with big bands. Lee took up drums after seeing the Beatles on The Ed Sullivan Show, and by the time he was 12 had formed his first band in Miami. The band members each earned $9 a night playing the popular surfing tunes characteristic of the 60's. But with the great numbers of drummers in Miami, Lee shifted to bass, an instrument that offered more opportunities. Quickly becoming a successful bass player, Lee was part of a succession of bands including top 40 bands with names like "Chances R" "The Loving Kind", and "Green Cloud."

Lee had a formal musical education at the University of Miami. He studied French horn for a year and then switched to a bass major. After classes, he worked on bass fundamentals listening to not only the Beatles, but also Stevie Wonder, Jimi Hendrix, Steve Miller, The Rascals, Motown, Sly & the Family Stone, among others. He would put it all into practice six sets a night gigging with various local bands, including an innovative horn band called "Goldrush."

Lee also played in the New York "24th Street Band" which had great success in Japan, giving him a solo artist career that yielded him a top 5 single. Most recently, his solo CD entitled OH! reached the #1 position on the "Jazz Beyond" chart there. More recently he played alongside Steve Conte, Clint de Ganon, Oz Noy. Chewtaro Moritake, Sizzle Ohtaka, and Philippe Saisse in the songs "Seven Rings In Hand" and "Worth A Chance" for the video game Sonic and the Secret Rings.

In 1982, Lee became one of the original members of The World's Most Dangerous Band, the house band on NBC's Late Night with David Letterman. He holds the distinction of playing with Paul Shaffer, on both Late Night and the Late Show, longer than any other member of the CBS Orchestra. Before the Late Show begins taping, he often tosses out guitar picks to the audience as souvenirs.

Lee currently uses the Sadowsky Will Lee model, a 4 string jazz bass with a narrower nut width of 1.45" instead of the usual 1.5", 22 frets and a Hipshot D-tuner. The bass was built for him by Roger Sadowsky and has now become a production model within the line of Sadowsky basses.[2]

This article uses material from the article Will Lee (bassist) from the free encyclopedia Wikipedia and it is licensed under the GNU Free Documentation License.

Joseph Strauss "Die Libelle" Polka Mazur op. 204
Update Required To play the media you will need to either update your browser to a recent version or update your Flash plugin.