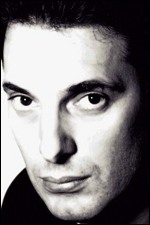 Peter Koppes (born 21 November 1955) is a guitarist, best known as a founding and almost-continuous member of Australian independent rock band The Church. He is a multi-instrumentalist, also playing mandolin, drums, piano, and harmonica. He has also released various solo albums and various recordings with his group The Well (1989-1995.) Koppes lives on the Sunshine Coast in Queensland where he also produces albums and conducts seasonal 'song writing' and 'performance for demo recording' short courses at Nambour TAFE, as well as offering private tuition in guitar, drums and song writing. His daughters are Tatiana 'O' Koppes and Neige Koppes who have their own band, Rain Party [1] (formerly they played with The Kicks aka Bright Red).

Sometimes incorrectly thought to be of Greek ancestry, Koppes actually has a mixed European ancestry: "My father's ancestry is Dutch, and there's southern French and Portuguese possibly. And my mother's ancestry is northern German but she says there's a Danish ancestor. The problem is she's got brown eyes and my grandmother had brown eyes and that's just not a Teutonic thing . Once she said we might have Gypsy blood...I've come to think I've got that spirit." [1]

Whilst growing up in Canberra in a musical family the sounds of the Hammond organ originally captivated him, and so began his journey as a musician. "I started playing drums with an interest in The Shadows, and then Jimi Hendrix's Mitch Mitchell really inspired me with his jazz style. I think Santana had the same effect and the guitar playing seeped in to me as well, although, musically I think of Pink Floyd as my template for a band".

Peter was 12 when he became the drummer at school in a rock band called Bacchus Marsh. He then learned guitar from the members of this early group. Later, with another band called Timelord he played guitar, rehearsing in a local church hall. Steve Kilbey, who would later become his colleague in The Church, had a glam rock band called Beyond Beavers that would play there too. An invitation came in 1974 to replace one of the two drummers with Steve's band after they witnessed a drum solo he played on his drummer's kit.

Peter joined, but the singer left and they became Precious Little, with Steve on vocals.

Soon after, he reverted to guitarist as they transmuted into Baby Grande, with the addition of guitarist Dave Scotland and friend Joe Lee on bass. This two and a half year collaboration eventuated in some recordings, but he left to go to college studying electronics and engineering.

After 12 months he decided to sell up and go to England/Europe for a year with a guitar, whence he began writing folk songs. Significant time was spent in Stockholm, Berlin, and London as well as on a tug boat on the waterways of Holland. An Eastern musical influence that appeared on his 1992 album Water-Rites may have been as a result of 2 weeks spent in Morocco.

On his return in March 1980, Koppes came to Sydney and formed a three-piece band, Limazine, in Sydney with Nick Ward on drums and began performing. Supposedly, the name was chosen as it was unclaimed, but later allusions to spiritual interests by Kilbey hint that it was less coincidental and it has been stated in Robert Dean Lurie's book on Steve Kilbey that the name comes a line in the David Bowie song "Moonage Daydream". Initially, only Koppes was a fully proficient musician, Kilbey was an erratic bass guitarist and Willson-Piper was searching for his guitar style. It was not long before Koppes again teamed up to play music with Steve Kilbey who had recently moved too. Following an invitation to play a support from a manager/promoter friend, they formed The Church.[2][3] Included was ex-Limazine drummer Nick Ward, aka Nigel Murray on drums, who was a less-than-favourite school colleague of Steve. Together they arranged and completed Steve's song ideas, and made a demo tape utilising studio time at a friend's 4 Track studio to record backing tracks that would later be overdubbed at home using Steve and Nick's recorders.

At this time, Marty Willson-Piper (originally from Liverpool, United Kingdom) arrived in Australia and joined on guitar, and the band was renamed named The Church. He attended a show with a friend of Peter's and was asked to join the band because he could play guitar, looked like he belonged in the band, and the music needed another player to develop it further. Marty contributed to the demo, and with Peter spent a week arranging his parts for some live shows. At the same time Peter had garnered interest from publisher Chris Gilbey, of The Beatles' publishing company Northern Songs who then witnessed the first and only rehearsal with Marty before the gigs, however missed the first show and the second was cancelled due to the band not wanting to risk being unable to pay for the PA and lights. So Peter announced to Chris that the band couldn't continue and was disbanding. Chris said he would sign the band anyway, paying them a stipend, putting them in a rehearsal studio, recording an album, found them an agent, and then a record release with EMI.

The Church achieved early chart success in Australia with songs such as 'The Unguarded Moment' and 'Almost With You' that were also released internationally. The band also gained recognition for its distinctive jangling harmony guitar style which was originally instigated by Peter and sometimes mistakenly attributed solely to 12 string electric guitar.

Soon after recording the second album The Blurred Crusade however, Peter became disenchanted with several non-musical aspects of the band and intended to depart. He was convinced to return to participate in an Australian tour to promote the album which was then followed by a US visit with Steve to meet Capitol Records who were interested in signing the band.

Thereafter Peter continued with The Church to tour internationally, recording several more albums, though he recommenced writing and recording his own songs. His song 'As You Will' was included as a B/side and extra CD track for the band's Heyday album and some of the demos were released in 1987 as an EP called 'When Reason Forbids - A Requiem' and the album 'Manchild And Myth' on an independent Australian label. Later Rykodisc would combine them for release in the USA where it attracted favourable notice in Billboard magazine's 'Recommended' section.

In 1988 The Church had strong chart success in the USA and Australia with 'Under The Milky Way' and its corresponding album Starfish which included a song written earlier by Peter called 'A New Season". Pressures and extended absences may have brought about the split in Peter's marriage and it features in some songs on his second album 'From The Well' recorded and released soon after. At the time, Steve also invited Peter to write and record some songs for his double solo album Remindlessness and he contributed "Danielle" and "Soul Sample".

The Church then recorded Gold Afternoon Fix, which featured Peter's song "Transient". This soon became a fan favourite and a much loved inclusion in their live set. This was followed by ‘Priest= Aura'. Koppes has been a continuous (as well as founding) member of The Church except for the four-year period 1992-1996. Due to mounting frustrations with artistic constraints on his input, Peter again felt disconnected from the band. Koppes' decision to leave The Church reflected two main factors; the band earned zero dollars for the two-week tour of Australia after all expenses had been paid, and secondly, he continued to feel shut out of the creative process - a long-standing complaint that stretched back at least as far as the Seance (album) days, if not further.[4] After recording the Priest=Aura album with the band, Koppes departed, leaving Steve Kilbey and Marty Willson-Piper the only remaining members (drummer Jay Dee Daugherty lingered for a while but not for long). Kilbey and Willson-Piper recorded Sometime Anywhere as The Church even though they were at that time a duo.

Peter pursued his interest in his solo band The Well with ex-Flowers/Icehouse keyboardist Anthony Smith, and bassist Jim Leone of the Celibate Rifles. This band also included recently removed drummer of The Church, Richard Ploog, who had earlier invited Peter to record and perform with Celibate Rifles' Damian Lovelock's solo project The Wigmen. They also performed some of Peter's songs from his first album when they played live.

As well as his contributions to The Church, he has also released several solo albums, and albums with his group The Well (1989-1995), which largely occupied his time on hiatus from The Church. The Well featured former Church drummer Richard Ploog on drums, Anthony Smith (inaugural keyboardist for Flowers/Icehouse) and Jim Leone of The Celibate Rifles on bass. The Well played live and recorded songs that were released as an EP called Iridescence and later the fan favourite solo album Water Rites.

There was still contact with Steve Kilbey, who asked Peter to play guitar on some songs for albums he was producing, Australian artists Margot Smith's Adored and Lifetime, Stephen Cummings' Everything Breaks Your Heart, and Canadian Mae Moore's Full Circle.

Koppes collaborated on songwriting with singer Margot Smith, and played in her live band. (Steve Kilbey and Tim Powles also co-wrote, played and/or produced some of Smith's material on her first two albums Sleeping with the Lions (1993) and Taste (1998). [2] Smith died in 2011; her third album Inhumaninane was released posthumously.

The Church: Back in the Fold

Koppes returned to The Church as a guest player on the album Magician Among the Spirits in 1996. In 1997 Koppes participated in what would become a new incarnation of the Church - under the title of The Refo:mation, Koppes, Kilbey and new drummer Powles (who had debuted on Sometime Anywhere) recorded the album Pharmakoi/Distance-Crunching Honchos with Echo Units.

This reunification of sorts led to a suggestion that The Church reform for a tour to raise interest and funds for recording another album. This it did, producing Hologram of Baal released in 1998, marking Koppes' return to the Church fold.

During this same period Peter's Immersion Music record label was set up in partnership with mentor Sebastian Chase of MGM Distribution, to represent his previous solo catalogue and new solo release 'Love Era/Irony'. Included, was an album by Margot Smith called 'Taste' which featured Peter, Steve Kilbey and Tim Powles.

The Church reinvigorated, has since released many more lauded albums including the A Box Of Birds covers album, and After Everything Now This. On the Parallel Universe album, Peter sang the psychedelic 'Reward', on Forget Yourself the sublime 'Appalatia', on Uninvited, Like the Clouds he sings the epic 'Never Before', and on Untitled #23 vinyl edition, the very memorable 'LLC ' (an anagram for Little Love Central).

In 2002, Peter released his 5th solo album 'Simple Intent'. He was involved in various stints including co-writing and recording the song "Moon Over Water" with Sydneysider New Folk artist David Lane in 2003, and as session guitarist on various tracks of Australian Hip Hop artist Figg Kidd's 2003 major label album, 'What Is Figg Kidd?'.

This article uses material from the article Peter Koppes from the free encyclopedia Wikipedia and it is licensed under the GNU Free Documentation License.