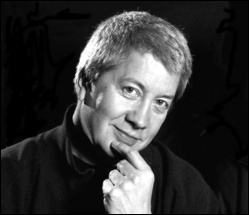 Andy Sheppard (born 20 January 1957) is a British jazz saxophonist and composer. He has been awarded several prizes at the British Jazz Awards, and has worked with some notable figures in contemporary jazz, including Gil Evans, Carla Bley, George Russell and Steve Swallow.

Sheppard was born in Warminster, Wiltshire, England, in 1957.[1] At the age of 19 he emerged as a musician in the Salisbury-based contemporary quartet Sphere in the late 1970s, gigging only three weeks after picking up the saxophone.[1][2] He honed his skills in the wine bars and jazz clubs of the UK and Europe in the early 1980s. He also played with world music groups[3][4][5] and with more established improvisers such as Keith Tippett. While still with Sphere, Sheppard moved to Paris, working with French bands Lumière and Urban Sax.

In the mid-1980s Sheppard returned to the UK, playing often on Ki Longfellow-Stanshall's and Vivian Stanshall's Bristol, England-based Old Profanity Showboat, and released his self-titled debut solo album, featuring Randy Brecker and Steve Swallow, who also produced the album. The record was well received and led to Sheppard being awarded the Best Newcomer prize at the 1987 British Jazz Awards, followed by the Best Instrumentalist Award in 1988.[6] '87 also saw Sheppard join George Russell's Living Time Orchestra and tour with Gil Evans.[2]

His second solo album, Introductions in the Dark, was released in 1989. Unusually for a jazz record, the album entered the UK pop charts. Off the back of this, Sheppard was awarded Best Album and Best Instrumentalist in 1989's British Jazz Awards,[6] became the subject of television documentaries for both the BBC and HTV, and toured the world, taking the first Western jazz group to play in Outer Mongolia.[6]

Sheppard formed his first big band, the Soft on the Inside Band, in 1990 for an album of the same name. The band featured many notable players, including drummer Han Bennick, trumpeter Claude Deppa and trombonist Gary Valente. This band turned into In Co-Motion, which included keyboardist Steve Lodder and bassist Sylvan Richardson, who released an eponymous album in 1991. After this Sheppard signed a deal with Blue Note Records, who issued Rhythm Method in 1993. The In Co-Motion band was expanded for this release and dubbed Big Co-Motion. Big Co-Motion recorded a live album at London jazz club Ronnie Scott's, Delivery Suite, which was released by Blue Note in 1994.

The TV movie The Music Practice, based on Andy Sheppard's music, took part in the contest The Golden Prague, presented by Czech Television, in 1997 in Czech Republic.

With Carla Bley and Steve Swallow

With Billy Jenkins and the Voice of God Collective

This article uses material from the article Andy Sheppard from the free encyclopedia Wikipedia and it is licensed under the GNU Free Documentation License.