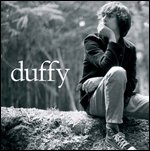 Stephen Anthony James Duffy (born 30 May 1960, Alum Rock, Birmingham, England) is an English singer/songwriter, and multi-instrumentalist. He was a founding member and vocalist/bassist of Duran Duran. He went on to record as a solo performer under several different names, and is the singer and songwriter for The Lilac Time with his older brother Nick. He has also co-written with Robbie Williams[1] and Steven Page.[2]

Duran Duran and other early work

While attending the School of Foundation Studies & Experimental Workshop at Birmingham Polytechnic (now Birmingham City University) Duffy met John Taylor. Together they formed the group Duran Duran, along with Taylor's childhood friend, Nick Rhodes. While Taylor was the guitarist (later switching to bass) and Rhodes played the synthesizer, Duffy was the band's vocalist/lyricist and bassist.[3] He left both the school and the band in 1979, before Duran Duran signed with EMI in 1980.[4]

He went on to form Obviously Five Believers, sometimes known as The Subterranean Hawks or The Hawks, and he made his first four-track recordings. The Hawks' only single, "Words of Hope", was released in 1981.[4]

In 1982, he created the band Tin Tin, with John Mulligan and Dik Davis (both then of Fashion), Andy "Stoker" Growcott (of Dexys Midnight Runners) and Bob Lamb (original producer of Birmingham band UB40). The band was signed with WEA Records in the UK, and released the song, "Kiss Me", which went top 10 on the UK chart. By 1983, Tin Tin had signed with Sire Records in the US, and "Kiss Me" hit the dance charts there as well. Another single, "Hold It", was also released in 1983, reaching number 55 in the UK.[4]

After a stint of working in the US, Duffy returned to England and signed another deal, this time with Virgin 10, and worked on recording his first full album, The Ups and Downs (produced by Duffy, Booker T. Jones, J.J. Jeczalik, Nicholas Froome and Stephen Street), under the name Stephen "Tin Tin" Duffy (which name was frequently mocked by Radio 1 DJs as Stephen "Duff Duff" Tinny). The album reached number 35 in the UK.[4] Prior to the release of The Ups And Downs, Stephen and brother Nick formed their own design office called "DUFFY and DUFFY". For the album's preview release, they had an exhibition of about 80 paintings, drawings, photographs, and video.[5]

A re-recorded "Kiss Me" single was released in 1984, this time only in the local West Midlands area, followed by a nationwide release of "She Makes Me Quiver". At the end of 1984, Duffy recorded a third version of "Kiss Me" with Froome and Jeczalik. The new version of "Kiss Me" was released on 25 February 1985. It debuted at no. 22 and peaked at no. 4, selling 250,000 copies in three weeks and staying in the UK Top 10 for five weeks altogether. It was the last song played on the medium wave service of Radio 1 before it became an FM-only station, at 9 A.M. on 1 July 1994. The final single released from The Ups and Downs album was "Icing on the Cake", which peaked at no. 14 in June 1985.[4]

A new single, "Unkiss That Kiss", was released in September 1985 and peaked at no. 77. For this single, Duffy had become known as Stephen A.J. Duffy, after dropping the "Tin Tin" reference from his stage name apparently due to legal issues with the estate of the late Hergé, the Belgian cartoonist who created The Adventures of Tintin. The single was the first to be taken from the album Because We Love You, released in early 1986, for which he was credited simply as Stephen Duffy. Additional singles from the album were "I Love You" (which peaked at no. 86) and "Something Special" which was a collaboration with Sandii (of Sandii & the Sunsetz),[4] however this single (and the album itself) failed to chart.

In 1986, Duffy began writing and recording music that would become The Lilac Time's first album, released on Swordfish Records. The album, entitled The Lilac Time, came out in November 1987, and was subsequently reissued in remixed form by Fontana on 8 February 1988.

The Lilac Time have gone through various line-up changes with the Duffy brothers as mainstays. The group originally consisted of Stephen Duffy, his elder brother Nick Duffy, and friend Michael Weston, who recorded the first album together; Michael Giri and Fraser Kent joined when the band was ready to go on tour. The Lilac Time put out the albums Paradise Circus in 1989 and & Love For All in 1990 for Fontana before being dropped.

The group were then briefly signed to Creation Records, and were subsequently managed by label head, Alan McGee. Their sole release on Creation was Astronauts in 1990.

In 1991, the band split up (temporarily, as it turned out) and Duffy subsequently pursued a solo career.

The 1993 Stephen Duffy album Music In Colors (Parlophone) was recorded with Nigel Kennedy, and featured the singles "Natalie" and "Holte End Hotel".

The next album was called simply Duffy, released in August 1995 on Indolent Records. "London Girls" and "Sugar High" went to the top 10 on the UK indie chart. ("Starfit" was also released as a single in the US.) The album was reissued on CD in 2000 by BMG Fun House.

He participated in a temporary supergroup called Me Me Me, consisting of Duffy, Alex James of Blur, Justin Welch of Elastica and Charlie Bloor. The one-off single, "Hanging Around", was released 5 August 1996, and reached Number 19 on the UK chart.

I Love My Friends was released in 1998 by Cooking Vinyl Records, who also released the singles "17" and "You Are".

Virgin released a compilation album entitled They Called Him Tin Tin in 1999.

In 1999, Duffy found a tape recording of 1978-1979 Duran Duran music that was in storage. Shortly afterwards, he had a chance meeting with Nick Rhodes. Reminiscences led to a desire to collaborate, and they ended up re-recording the music on the tape. They did not change any of the lyrics, and used only late-70s-era instrumentation with modern recording techniques. The result was the album Dark Circles, released under the name The Devils.

Return to The Lilac Time

Duffy reformed The Lilac Time with brother Nick and Michael Giri, along with new members Claire Worrall and Melvin Duffy (no relation). They released Looking For A Day In The Night in 1999 on spinART Records,[6] and lilac6 on Cooking Vinyl in 2001. Compendium The Fontana Trinity, a collection of tracks from their singles and first three albums was also released in 2001.

The album Keep Going was released in 2003 on Folk Modern records under the name 'Stephen Duffy & The Lilac Time'.

In 1987, Duffy was contacted by Steven Page, then of the band Scary Movie Breakfast, and was impressed by his writing and demo tape. Duffy and Page began co-writing songs. Their work together produced popular Barenaked Ladies songs like "Jane", "Alcohol" and "Call and Answer"; the final two included on the platinum-selling album Stunt, as well as material on Page's solo album "The Vanity Project".

Duffy's songwriting ability earned him his first Number 1 in October 2004, as the co-writer of the Robbie Williams single "Radio", one of two new tracks recorded for Williams' Greatest Hits album.[7]

In October 2005, Robbie Williams released Intensive Care, fully co-written and co-produced by Stephen Duffy.[8] The album gained him a great deal of exposure, critical acclaim and went on to sell over 8 million copies becoming Williams' best selling studio album around the world. Duffy then went on to work as the musical director for Williams' Close Encounters World Tour.

The Douglas Arrowsmith documentary Memory & Desire: 30 Years in the Wilderness with Stephen Duffy & the Lilac Time was filmed over six years and includes vintage footage of the band. The film[9] was released at the London Raindance Film Festival in October 2009, accompanied by a Universal Records album of the same name, bringing together songs from Duffy's thirty years of music making.

Duffy agreed to a request to sit by sculptor Jon Edgar in London in 2008. The terracotta work[10] was coincidentally documented during the filming of the Douglas Arrowsmith documentary Memory and Desire. An image appears on the CD cover for the Memory and Desire (2009) album.

This article uses material from the article Stephen Duffy from the free encyclopedia Wikipedia and it is licensed under the GNU Free Documentation License.