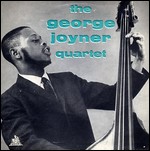 Born in Memphis, Tennessee, Nasser learned piano from his mother as a child and started playing bass at age 16. As a student at Arkansas State University, he led the school band, and played bass and tuba in bands while stationed in Korea as a member of the U.S. Army. Following his discharge he played with B.B. King in 1955 and 1956.

He moved to New York City in 1956, and played with Phineas Newborn and Sonny Rollins before the decade was over. He went on tour in Europe and North Africa with Idrees Sulieman in 1959, then went to Paris and recorded with Lester Young. Nasser moved to Italy briefly from 1961 to 1962; after returning to New York he formed his own trio, playing with the ensemble until 1964. Following this he began work with Ahmad Jamal; the two played together until 1972. He played with Al Haig through the rest of the decade.

In the 1980s and 1990s, he did many sessions with musicians including George Coleman, Clifford Jordan, Jimmy Raney, Harold Mabern Gene Ammons and Hideaki Yoshioka. Nasser never recorded as a leader.

His son Zaid Nasser is a prominent NYC-based alto saxophonist.

This article uses material from the article Jamil Nasser from the free encyclopedia Wikipedia and it is licensed under the GNU Free Documentation License.