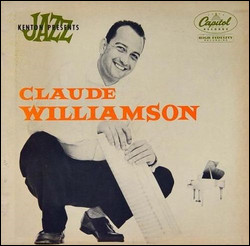 Williamson studied at the New England Conservatory of Music before moving to jazz, influenced mainly by Teddy Wilson, then by Al Haig and Bud Powell. In 1947 he moved to California, working first with Teddy Edwards, then with Red Norvo in San Francisco, with Charlie Barnet in 1949, and with June Christy for two years. Later he worked with Max Roach, Art Pepper and others. Williamson was a longtime member of the Lighthouse All-Stars (substituting for pianist Russ Freeman), performing with Bud Shank, Stan Levey, Bob Cooper, Conte Candoli and Howard Rumsey. In 1956 he became the piano player in the Bud Shank quartet. In 1968 he started working as a pianist for NBC, first on The Andy Williams Show, then for Sonny and Cher. In 1978 Williamson went back to the jazz world and released many albums, mainly for Japanese labels, often accompanied by Sam Jones and Roy Haynes. In 1995 he made a trio recording for Fresh Sound Records at the Jazz Bakery in Los Angeles.

With Gerry Mulligan and Johnny Hodges

With Dizzy Reece and Ted Curson

This article uses material from the article Claude Williamson from the free encyclopedia Wikipedia and it is licensed under the GNU Free Documentation License.

Johann Melchior Molter Tempo di Gavotta, Andante und Menuett aus Sonata grossa D-Dur
Update Required To play the media you will need to either update your browser to a recent version or update your Flash plugin.