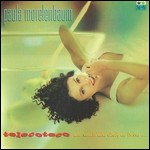 Regina Paula Martins Morelenbaum (Portuguese pronunciation: [ˈpawlɐ moɾelẽˈbaw̃], born July 31, 1962) is a Brazilian singer, born in Rio de Janeiro. She and her husband Jaques Morelenbaum were in the band that toured with Antonio Carlos Jobim from 1984 to 1994.

In addition to Jobim's group, Paula Morelenbaum has been part of Quarteto Jobim-Morelenbaum, with her husband Jaques, Jobim's son Paulo, and his son Daniel. She has also been in the trio Morelenbaum2/Sakamoto, also with her husband, and with Japanese composer/keyboardist Ryuichi Sakamoto.

This article uses material from the article Paula Morelenbaum from the free encyclopedia Wikipedia and it is licensed under the GNU Free Documentation License.

Franz Krommer Rondo aus dem Klarinettenkonzert Es-Dur op. 36
Update Required To play the media you will need to either update your browser to a recent version or update your Flash plugin.