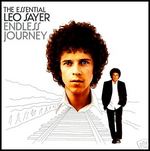 Leo Sayer (born Gerard Hugh Sayer, 21 May 1948)[2] is a British born singer-songwriter musician and entertainer whose singing career has spanned four decades. He is now an Australian citizen and resident.

Sayer launched his career in the United Kingdom in the early 1970s, and became a top singles and album act on both sides of the Atlantic in the 1970s.[3] His first seven hit singles in the United Kingdom all reached the Top 10 – a feat first registered by his first manager, Adam Faith.[3] His songs have been sung by other notable artists, including Cliff Richard ("Dreaming").

Sayer was born to an English father and an Irish mother in Shoreham-by-Sea, Sussex, where he attended St Peter's Catholic Primary School. Later he attended Blessed Robert Southwell (now Chatsmore) in Goring-by-Sea.[4] before studying commercial art and graphic design at West Sussex College of Art and Design in Worthing, Sussex.[5]

He was initially discovered by musician David Courtney, who then co managed and co produced him with former pop singer turned manager, Adam Faith.[2] In January 1967, while 18-year-old Sayer was working as a hall porter at the King's Hotel in Hove, he assisted in the rescue of guests from a fire that damaged the first floor of the hotel. He was rescued by builders working on a block of flats beside the hotel.[6]

Sayer began his music career co writing songs with David Courtney, including "Giving It All Away", which gave Roger Daltrey of The Who his first solo hit in 1973.[2] The same year, Sayer began his career as a recording artist under the management of Adam Faith, who signed Sayer to the Chrysalis label in the United Kingdom and Warner Bros. Records in the United States.

His debut single "Why Is Everybody Going Home" failed to chart, but he achieved national prominence in the United Kingdom with his second single, the music hall styled song "The Show Must Go On", which Sayer performed on British television, wearing a pierrot costume and makeup. The single went to #2 on the chart in the United Kingdom,[2] as did his debut album Silverbird, co written with David Courtney, who co produced the album with Adam Faith. Three Dog Night's cover, the group's last Hot 100 top 10 record, reached #4 on 25 May 1974.

The peak of his career came in 1977, when he achieved two consecutive number one hits in the United States, first with the disco styled "You Make Me Feel Like Dancing" (a Grammy Award winner for the year's best Rhythm and Blues Song), followed by the romantic ballad, "When I Need You" (1977), which reached number one in both the United Kingdom and United States. Written by Albert Hammond and Carole Bayer Sager, it was Sayer's first #1 single in the United Kingdom (after three number two hits).[7]

It was also the first of two chart toppers in the United Kingdom in a row for producer Richard Perry.[7] While touring Memphis, in August 1977, his knee faltered and he was taken to the hospital by a security guard who also worked for Elvis Presley. A couple of days later he and Presley made arrangements to meet, but on the day they had scheduled for Sayer to visit Presley at Graceland, Presley died.

In 1979, the compilation album The Very Best of Leo Sayer became Sayer's first United Kingdom #1 LP and his seventh consecutive United Kingdom Top 20 album — although, despite his popularity in the United States, it failed to chart there. Sayer also guest starred in the second episode of the third season of The Muppet Show, and performed "You Make Me Feel Like Dancing", "The Show Must Go On", and "When I Need You".[8][9][10]

Sayer provided songs for the soundtrack of the French–Belgian animated film, The Missing Link (Le Chainon manquant) in 1980. In 1981, he voiced Dan the forest ranger in The Raccoons on Ice, the second of four specials serving as a predecessor to the Canadian animated series The Raccoons. He also sang several songs for the special, all of which were included on the 1983 album Lake Freeze.

In 1990, he contributed to the last studio collaboration between Alan Parsons and Eric Woolfson, Woolfson's solo album Freudiana, performing "I Am A Mirror".[11] Sayer performed at the Sanremo Music Festival in 1990, with "The Moth And The Flame" (English version of "Tu... sì" by Mango) and, in 1991, with "All Alone" (English version of "Dubbi No" by Mietta).

After a decade of success, Sayer's career suffered repeated setbacks due to a series of financial and legal problems. When Sayer and his first wife Janice divorced in 1985, subsequent financial disclosure revealed Adam Faith had badly mishandled his business affairs, and that much of the millions of pounds he had earned over the previous decade had been lost through Faith's questionable investments and business expenses.

Sayer sued Faith for mismanagement; and the case was eventually settled out of court in 1992, with Sayer receiving a reported payout of £650,000. In the early 1990s, his career stalled again while he fought a protracted but ultimately successful legal battle against his former label, Chrysalis, to regain the publishing rights to his songs.

In 1996, Sayer was forced to sue his new management, after he discovered that his pension fund had allegedly been mismanaged to around £1 million. Despite spending more than £90,000 in legal fees the case never made it to court and Sayer was forced to abandon the suit for reasons of cost. He assembled a band led by former Van Morrison guitarist Ronnie Johnson and toured his way back to financial security. They recorded a live album, Live in London, which was released in 1999.[12]

On 12 February 2006, he made a return to number one in the UK Singles Chart, with Meck's remix of "Thunder In My Heart". It was his first appearance in the United Kingdom Top 10 for almost twenty four years, and his second chart topper in the United Kingdom, almost three decades after his first. Leo Sayer: At His Very Best, a career spanning compilation album, was released in the United Kingdom on 6 March 2006. It featured the Meck single, alongside "When I Need You" and "You Make Me Feel Like Dancing".[13]

In June 2008, Sayer released a new album only in Australia, Don't Wait Until Tomorrow. This album, produced by Garth Porter (from the Australian pop band Sherbet), and released by Universal Music Australia, featured selections from his catalogue re-arranged with strings and acoustic and jazz instrumentation.[14]

In January 2009, Sayer became an Australian citizen, having lived in Sydney, New South Wales since 2005.[15]

Sayer has appeared in various television shows including The Muppet Show (1978's Episode 3.02 on which he sang "You Make Me Feel Like Dancing", "The Show Must Go On", and "When I Need You"); The Wiggles 2008 DVD, You Make Me Feel Like Dancing, which featured Sayer's hit of the same name; Celebrity Big Brother UK in 2007; and the Australian television comedy, Stupid, Stupid Man. In the episode "Days of Wine and D'oh'ses" of the television series The Simpsons, a character mentions Sayer as being another singer he likes, after Elvis Presley.[16]

In January 2015, Sayer released his latest album, Restless Years,[17] and toured from Perth across many places in Australia to Singapore, with various support acts including Jason Ayres.[18] In January 2015, Leo also featured in Singapore's Leo Sayer in Concert – 40 Years at the Top, presented by the British Theatre Playhouse.[19] In October 2015, Sayer was awarded with a Gold Badge of Merit from the British Academy of Songwriters, Composers and Authors.[20]

In January 2009, Sayer became an Australian citizen at the Australia Day Citizenship Ceremony in Canberra.[24]

Sayer has been diagnosed with irritable bowel syndrome, and underwent colonoscopy in 2013, after he had suffered stomach and bowel problems for an extended period of time. The examination revealed the edge of a tumour, which was excised after two-and-a-half hours of surgery. The doctor had identified two ulcers in the singer's intestine, one of which had become cancerous.

The doctor explained that had Sayer waited any longer, the cancer would have posed a serious danger. Since the procedure, Sayer has changed his dietary lifestyle to avoid alcohol, caffeine and foods containing spicy ingredients. His mother died of bowel cancer and his father died of lung cancer.[25]

This article uses material from the article Leo Sayer from the free encyclopedia Wikipedia and it is licensed under the GNU Free Documentation License.