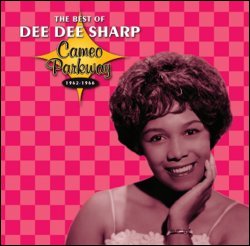 She had a brief career resurgence during the disco era and hit the charts again with her version of 10 CC's "I'm Not In Love." She also joined Lou Rawls, Billy Paul, Teddy Pendergrass, The O'Jays and Archie Bell as a member of the Philadelphia International All Stars, who had a minor hit with "Let's Clean Up the Ghetto." In 1980 she spent four weeks at number one on the Hot Dance Club Play chart with "Breaking and Entering" / "Easy Money," from her album Dee Dee.

In 1992, Sharp's 1962 hit "Gravy (For My Mashed Potatoes)" was featured in a scene in the American movie comedy Sister Act which starred Whoopi Goldberg. It was also included as part of the film's soundtrack album. More recent appearances included a performance at Pontins in the UK for the Northern Soul Show, and at the 2008 Detroit Jazz Festival. In May 2009, she appeared in Belgium at the Salle De L'Hotel de Ville.

In a documentary film, Muhammad Ali: The Whole Story, Sharp claimed that she was planning to marry Muhammad Ali before he converted to the Muslim faith.[4]

This article uses material from the article Dee Dee Sharp from the free encyclopedia Wikipedia and it is licensed under the GNU Free Documentation License.