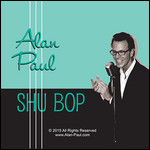 Alan Paul (born November 23, 1949, Newark, New Jersey) is a Grammy Award- winning singer and composer, best known as one of the founding members of the current incarnation of the vocal group The Manhattan Transfer.[1] He played Teen Angel and Johnny Casino in the original Broadway cast of Grease where he introduced the songs "Beauty School Dropout" and "Born to Hand Jive". As a child, he appeared in the original Broadway cast of Oliver!. He released a solo CD Another Place and Time in 2003. He also provided Dino Spumoni's singing voice on the animated television series Hey Arnold!.

This article uses material from the article Alan Paul from the free encyclopedia Wikipedia and it is licensed under the GNU Free Documentation License.