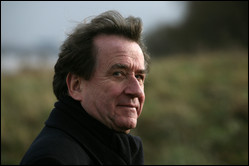 Buchbinder studied with Bruno Seidlhofer at the Vienna Academy of Music. In 1965 he made a tour of North and South America. In 1966 he won a special prize awarded at the Van Cliburn International Piano Competition. Subsequently he has toured with the Vienna Philharmonic and appeared as soloist around the world.

He has also taught piano at the Basel Academy of Music.

For the Teldec label he has recorded the complete keyboard music of Joseph Haydn, all Mozart's major works for piano, all the Beethoven piano sonatas and variations, and both Brahms piano concertos with Harnoncourt and the Royal Concertgebouw Orchestra of Amsterdam. With János Starker, he recorded memorable performances of works for cello and piano by Beethoven and Brahms. He has twice recorded the Beethoven Piano Concertos conducting from the keyboard, first with the Vienna Symphony Orchestra for the Preiser label in 2007, and then with the Vienna Philharmonic for the Sony label in 2011; this cycle was recorded live in concert and released on both CD and DVD.[1]

He is one of the few pianists to have ever recorded the entire Part II of Vaterländischer Künstlerverein, which consists of 50 variations by 50 different composers on a waltz by Anton Diabelli.[2] He has also recorded Beethoven's Diabelli Variations, which originally comprised Part I of that anthology. He is a life-long interpreter of Mozart's piano concertos and sonatas, displaying a mastery and sensitivity of these great works, conducting usually from the keyboard. Indeed Mozart's music is at the heart of his repertoire.

In 2009, Buchbinder was featured in the award-winning German-Austrian documentary Pianomania, about a Steinway & Sons piano tuner, which was directed by Lilian Franck and Robert Cibis. The film premiered theatrically in North America, where it was met with positive reviews by The New York Times,[3] as well as in Asia and throughout Europe, and is a part of the Goethe-Institut catalogue.

This article uses material from the article Rudolf Buchbinder from the free encyclopedia Wikipedia and it is licensed under the GNU Free Documentation License.

Franz Schubert Menuetto aus dem Streichquartett B-Dur D 18
Update Required To play the media you will need to either update your browser to a recent version or update your Flash plugin.