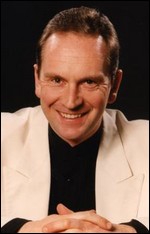 Having played piano and organ from a young age, he was a Limpus prize winner for the FRCO examination, which he took when he was 19, and Silver Medallist of the Worshipful Company of Musicians. He studied music at Oxford University, where he was Organ Scholar at Keble College. During this time, he studied organ with Nicolas Kynaston and Daniel Roth. He went on to study piano with David Parkhouse and Hilary McNamara at the Royal College of Music and Martin Hughes at the University of Surrey. He won second prize in the 1993 St Albans International Organ Competition.

He has particular interest in English piano music and French organ music. He plays in a piano trio with Oliver Lewis, violin, and Neil Heyde, cello, and a piano duo with Francis Pott.

He has performed as a piano soloist around the world, and recorded in solo and concerto repertoire for Radio 3. He has been a repetiteur for John Eliot Gardiner, Vernon Handley and Sir Charles Groves. From 1989 to 1991 he was pianist of the European Contemporary Music Ensemble. He has recorded little-known piano music by Eugene Goossens, Herbert Howells, Carl Johann Eschmann, and Bernard Stevens, and the piano and organ sonatas of Julius Reubke.

He performed the complete organ works of Marcel Dupré in London in 1998, over nine weekly recitals at St Peter's, Eaton Square.[2] He recorded the same works over a two-week period in September of the same year, on 12 CDs.[3][4] He completed a Ph.D. thesis on contextual, analytical and aesthetic issues in the music of Marcel Dupré, at Birmingham Conservatoire/University of Central England.[5]

He has made original transcriptions for organ of orchestral works (such as Paul Dukas's The Sorcerer's Apprentice) and transcribed the improvisations of Pierre Cochereau as recorded at Notre-Dame de Paris.[6] These are published by Editions Chantraine, Belgium.

He has made a complete recording of the six Organ Symphonies of Louis Vierne on the 1890 Cavaillé-Coll organ in Abbatiale Saint-Ouen, Rouen, and the organ music of Arthur Wills and Francis Pott, amongst many others.[7]

Until 2008 he was lecturer in Academic Studies at the Royal Academy of Music, Visiting Tutor in Organ Studies at the Royal Northern College of Music,[8] taught at Eton College and was a countertenor Lay Clerk in the choir of St George's Chapel, Windsor Castle. Previously he was Assistant Organist at Ely Cathedral, Director of Music at St Luke's, Chelsea, Assistant Director of Music St Peter's, Eaton Square, both in London. He has taught masterclasses in performance and interpretation on the Henry Wood and Oundle International Summer Schools, Eton Choral Courses, and in the U.S. at Yale University and Utah State University.

From 2008 - 2009, Filsell was Principal Organist of the Basilica of the National Shrine of the Immaculate Conception in Washington D.C. He then directed the music at Old St Paul's Episcopal Church, Baltimore.[9]

Starting in the Spring of 2019, he will succeed Daniel Hyde (organist) as Director of Music at Saint Thomas Church (Manhattan).[10]

This article uses material from the article Jeremy Filsell from the free encyclopedia Wikipedia and it is licensed under the GNU Free Documentation License.