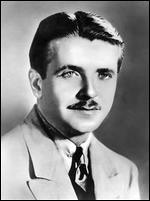 Roland Bernard "Bunny" Berigan (November 2, 1908 June 2, 1942) was an American jazz trumpeter who rose to fame during the swing era, but whose career and influence were shortened by a losing battle with alcoholism that ended with his early death at age 33 from cirrhosis. Although he composed some jazz instrumentals like "Chicken and Waffles" and "Blues", Berigan was best known for his virtuoso jazz trumpeting. His 1937 classic recording "I Can't Get Started" was inducted into the Grammy Hall of Fame in 1975.

Berigan was born in Hilbert, Wisconsin,[1] the son of William Patrick Berigan and Mary Catherine (Mayme) Schlitzberg, and raised in Fox Lake, Wisconsin.[2] A musical child prodigy, having learned the violin and trumpet from when he was 14, Berigan played in local orchestras by his mid-teens before joining the successful Hal Kemp orchestra in 1930. He attended University of Wisconsin and while there taught trumpet and played in dance bands after school hours. Since his graduation, he appeared as featured soloist with Hal Kemp, Rudy Vallee, Tommy Dorsey, Abe Lyman, Paul Whiteman and Benny Goodman bands. Berigan's first recorded trumpet solos came with the Kemp orchestra, and he was with the unit when they toured England and a few other European countries later in 1930.

Shortly after the Kemp unit returned to the U.S. in late 1930, Berigan, like fellow trumpeter Manny Klein, the Dorsey Brothers and Artie Shaw, became a sought-after studio musician in New York. Fred Rich, Freddy Martin and Ben Selvin were just some conductors who sought his services for record dates. He joined the staff of CBS radio network musicians in early 1931. Berigan recorded his first vocal, "At Your Command," with Rich that year. From late 1932 through early 1934, Berigan was a member of Paul Whiteman's orchestra, before playing with Abe Lyman's band briefly in 1934.

He returned to freelancing in the New York recording studios and working on staff at CBS radio in 1934. He recorded as a sideman on hundreds of commercial records, most notably with the Dorsey Brothers and on Glenn Miller's earliest recording date as a leader in 1935, playing on "Solo Hop". At the same time, however, Berigan made an association that began his ascent to fame in his own right: he joined Benny Goodman's Swing band. Legendary jazz talent scout and producer John H. Hammond, who also became Goodman's brother-in-law in due course, later wrote that he helped persuade Gene Krupa to re-join Goodman, with whom he'd had an earlier falling-out, by mentioning that Berigan, whom Krupa admired, was already committed to the new ensemble. With Berigan and Krupa both on board, the Goodman band made the legendary, often disheartening tour that ended with their unexpectedly headline-making stand at the Palomar Ballroom in Los Angeles, the stand often credited with the "formal" launch of the swing era.[3] Berigan recorded a number of classic solos while with Goodman, including on "King Porter Stomp," "Sometimes I'm Happy," and "Blue Skies."

Berigan left Goodman to return again to freelancing as a recording and radio musician in Manhattan. During this time (late 1935 and throughout 1936), he began to record regularly under his own name, and continued to back singers such as Bing Crosby, Mildred Bailey, and Billie Holiday. He spend some time with Tommy Dorsey's orchestra in late 1936 and early 1937, working as a jazz soloist on Dorsey's radio program and on several records. His solo on the Dorsey hit recording "Marie" became considered one of his signature performances. In 1937, Berigan assembled a band to record and tour under his name, picking the then-little known Ira Gershwin/Vernon Duke composition, "I Can't Get Started" as his theme song. He made three attempts to organize a band of his own. His last try met with success. Since starting his own orchestra, he played trumpet in nearly every number and directed the band at the same time. Berigan's bravura trumpet work and curiously attractive vocal made his recorded performance of it for Victor the biggest hit of his career. Berigan modeled his trumpet style in part on Louis Armstrong's style, and often acknowledged Armstrong as his own idol, but he was no Armstrong clone. He had a trumpet sound that was unique, and very individual jazz ideas. Armstrong, for his part, recognized Berigan's talents, and praised them both before and after Berigan's death.

Berigan got the itch to lead his own band full-time and did so from early 1937 until June 1942, with one six-month hiatus in 1940, when he became a sideman in Tommy Dorsey's band. Some of the records he made with his own bands were equal in quality to the sides he cut with Goodman and Dorsey. But a series of misfortunes as well as Berigan's alcoholism worked against his financial success as a bandleader. Bunny also began a torrid affair with singer Lee Wiley in 1936, which lasted into 1940. The various stresses of bandleading drove Berigan to drink even more heavily. Nevertheless, musicians considered him an excellent bandleader. Among the notable players who worked in the Berigan band were: drummers Buddy Rich, Dave Tough, George Wettling, Johnny Blowers, and Jack Sperling; alto saxophonists/clarinetists Gus Bivona, Joe Dixon, and Andy Fitzgerald; vocalists Danny Richards, Ruth Bradley and Kathleen Lane; pianist Joe Bushkin, trombonist/arranger Ray Conniff, trombonist Sonny Lee; bassists Hank Wayland, and Morty Stulmaker, trumpeters Carl "Bama" Warwick, Steve Lipkins, and Les Elgart; tenor saxophonists Georgie Auld,and Don Lodice; and pianist/arranger Joe Lippman.

Berigan was regularly featured on CBS Radio's Saturday Night Swing Club broadcasts from 1936 into 1937. This network radio show helped further popularize jazz as the swing era reached its apogee. For the balance of the 1930s, he sometimes appeared on this program as a guest.

Berigan's business troubles drove him to declare bankruptcy in 1939, and shortly after to join Tommy Dorsey as a featured jazz soloist. By September 1940, Berigan briefly led a new small group, but soon reorganized a touring big band. Berigan led moderately successful big bands from the fall of 1940 into early 1942, and was on the comeback trail when his health declined alarmingly. In April 20, 1942, while on tour, Berigan was hospitalized with pneumonia in Allegheny General Hospital Pittsburgh, Pennsylvania until May 8. But his doctors discovered worse news: that cirrhosis had severely damaged his liver. He was advised to stop drinking and stop playing the trumpet for an undetermined length of time. Berigan couldn't do either. He returned to his band on tour, and played for a few weeks before he returned to the Van Cortlandt Hotel where he made his home in New York City and suffered a massive hemorrhage on May 31, 1942. He died two days later in Polyclinic Hospital, New York, at age 33. He was survived by his wife, Donna, and his two young daughters, Patricia, 10, and Joyce, 6.[4][5] Funeral services were conducted Jun 3 at St. Malachy's Churcy, New York.[6] He was buried in St. Mary's Cemetery south of Fox Lake.[7]

In compliance with Berigan's wish, the band was kept intact under his name. Mrs. Donna Berigan, his widow, maintained his financial interest in it. Tenor sax player Vido Musso became the leader.

His 1937 recording of "I Can't Get Started" was used in the film Save the Tiger (1973), the Roman Polanski film Chinatown (1974), and a Martin Scorsese short film,The Big Shave (1967). Woody Allen has used Berigan's music occasionally in his films. In 2010, his Victor recording of "Heigh-Ho" was used on a Gap clothing TV commercial. Berigan's name was used frequently in the comic strip "Crankshaft." Fox Lake, Wisconsin has kept his memory and influence alive with an annual Bunny Berigan Jazz Jubilee since the early 1970s.[8] Most of Berigan's recordings are currently available, and two full-length biographies of him have been published.

Bunny Berigan's compositions (really informally created jam tunes) include "Chicken and Waffles", released as Decca 18117 in 1935 as by Bunny's Blue Boys, and "Blues", released in 1935 as Decca 18116, also with the Blue Boys. (This 1935 session was produced by John Hammond at Decca for, and initially appeared only in, the UK on Parlophone. The Decca issues listed were part of a 4 pocket album set issued in the 1940s during the recording ban.)

This article uses material from the article Bunny Berigan from the free encyclopedia Wikipedia and it is licensed under the GNU Free Documentation License.