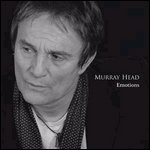 Murray Seafield St George Head (born 5 March 1946)[1] is an English actor and singer,[2] most recognised for his international hit songs "Superstar" (from the 1970 rock opera Jesus Christ Superstar) and "One Night in Bangkok" (the 1984 single from the musical Chess, which topped the charts in various countries), and for his 1975 album Say It Ain't So. He has been involved in several projects since the 1960s and continues to record music, perform concerts, and make appearances on television either as himself or as a character actor.

Murray Head was educated at the Lycée Français Charles de Gaulle in South Kensington, London and Hampton School in Hampton, London. He attended Chiswick Polytechnic (A level college) in the early 1960s.

Head began writing songs as a child, and by the mid-1960s he had a London-based recording contract. He had limited success, until asked by Tim Rice and Andrew Lloyd Webber to play Judas Iscariot on the original concept album version of Jesus Christ Superstar; at the time, he had been appearing in the West End production of the musical Hair. With the Trinidad Singers, the song "Superstar" peaked at No. 14 on the Billboard Hot 100 chart in 1971.

He made his film debut in The Family Way (1966), which featured Hayley Mills, Hywel Bennett and John Mills in the leading roles.[1] Head won a leading role in the Oscar-nominated film Sunday Bloody Sunday (1971), alongside Peter Finch and Glenda Jackson.[1] Despite these successes, he received little public attention in the next ten years (except for his single release, "Say It Ain't So, Joe" in 1975, which has been covered by The Who's lead vocalist, Roger Daltrey, among others, including The Hollies).[1] "Never Even Thought" has been covered by both Colin Blunstone and Cliff Richard.

In 1973, he appeared in a radio drama, The Fourth Tower of Inverness. In 1979, Head appeared in the miniseries Prince Regent and the final episode of the ITV program Return of the Saint.

Head reappeared in the spotlight in 1984 as the American on the concept album for the musical Chess. The song "One Night in Bangkok" featured Head[2] on lead vocals, affecting a New York accent. It became the last significant Broadway/West End number to be a hit single on American and German radio until "No Matter What" by Boyzone in 1996. "One Night in Bangkok" was a success in both Europe and North America.[1] Head performed the role of world chess champion Frederick "Freddie" Trumper in the London West End stage production of Chess that premiered on 14 May 1986. The show ran in London until 8 April 1989; during its run, Head departed with vocal strain.

After that, Head had little recording success in the UK or the United States. This fact would later be underscored in a radio segment featured on The Kevin and Bean Show on KROQ-FM in Los Angeles, in which the hosts would phone Head in the morning to find out "What's Up with Murray Head?" Fluent in French, he has released a number of albums in that language. A duet with Marie Carmen, "Une femme un homme", was released in 1993 and was a hit in French-speaking Canada.

He has appeared on television in the UK on The Bill, Casualty, North Square and Judge John Deed. He also played an artist, and love interest of Gina Ward, called Jack Hollins on ITV's Heartbeat from 2005–06. On 15 March 2010 he appeared in the BBC drama Doctors playing a pop singer, Pete Perry, trying to make a comeback, in which Head sang Robert Johnson's "Love in Vain". In Canada, he was part of the cast of the 2002 television mini-series Music-Hall, which played on the Radio-Canada network. In 2011 he appeared in the first episode of the series Vera (episode "Hidden Depths") as Peter Calvert.

Head's picture appeared on the album cover of The Smiths' compilation album Stop Me, taken from a still of the film The Family Way.

Murray Head married Susan Ellis Jones in 1972; they divorced in 1992. He has two daughters: Katherine and Sophie. Sophie sometimes sings with her father, for example on songs such as "Seras-tu là?" on the album Tête à tête and "Make It Easy" from the Emotions album.[3][2]

This article uses material from the article Murray Head from the free encyclopedia Wikipedia and it is licensed under the GNU Free Documentation License.