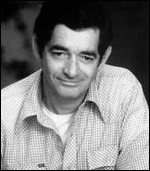 Jacques Demy (French: [ʒak dəmi]; 5 June 1931 – 27 October 1990) was a French director, lyricist, and screenwriter. He appeared in the wake of the French New Wave alongside contemporaries like Jean-Luc Godard and François Truffaut. Demy's films are celebrated for their sumptuous visual style. Demy's style drew upon such diverse sources as Classic Hollywood musicals, the documentary realism of his New Wave colleagues, fairy-tales, jazz, Japanese manga, and the opera. His films contain overlapping continuity (i.e., characters cross over from film to film), lush musical scores (typically composed by Michel Legrand) and motifs like teenaged love, labor rights, incest, and the intersection between dreams and reality. He is best known for the two musicals he directed in the mid-1960s: The Umbrellas of Cherbourg (1964) and The Young Girls of Rochefort (1967).

After working with the animator Paul Grimault and the filmmaker Georges Rouquier, Demy directed his first feature film, Lola, in 1961, with Anouk Aimée playing the eponymous cabaret singer. The Demy universe here emerges full-fledged. Characters burst into song (courtesy of composer and lifelong Demy-collaborator Michel Legrand); iconic Hollywood imagery is lovingly appropriated as in the opening scene with the man in a white Stetson in the Cadillac, daringly set to Beethoven's Seventh Symphony); plot is dictated by the director's fascination with fate, and stock themes of chance encounters and long-lost love; and the setting, as with so many of Demy's films, is the French Atlantic coast of his childhood, specifically the seaport town of Nantes.

La Baie des Anges (The Bay of Angels, 1963), starring Jeanne Moreau at the height of her fame, took the theme of fate further, with its story of love at the roulette tables.

Demy is perhaps best known for his original musical, Les Parapluies de Cherbourg (The Umbrellas of Cherbourg, 1964), with a score by Legrand. Although the subversion of established genres was a typically New Wave obsession (notably Godard's playful "Neorealist musical," A Woman Is a Woman), Demy was unusual in actually recreating them literally. The whimsical concept of singing all the dialogue sets the tone for this tragedy of the everyday. The film also sees the emergence of Demy's trademark visual style: whereas Lola, filmed by Godard's cinematographer Raoul Coutard, has a New Wave black and white austerity, Les Parapluies is shot in saturated supercolour, with every detail—neck-ties, wallpaper, even Catherine Deneuve's bleached-blonde hair—selected for maximum visual impact. The young man, Roland Cassard, from Lola (Marc Michel) reappears here, marrying Deneuve's character. Such reappearances are typical of Demy's work. A huge fan of Les Parapluies was Kurt Vonnegut, who wrote in private correspondence: "I saw The Umbrellas of Cherbourg, which I took very hard. To an unmoored, middle-aged man like myself, it was heart-breaking. That's all right. I like to have my heart broken."

Demy's subsequent films never quite captured audience and critical acclaim the way that Les Parapluies had, although he continued to make ambitious and original dramas and musicals. Les Demoiselles de Rochefort (1967), another whimsical-yet-melancholic musical, features Deneuve and her real-life sister Françoise Dorléac as sisters living in the seaside town of Rochefort, daughters of Danielle Darrieux. It has stunning color photography in widescreen CinemaScope, some of the best French songs of the period (it was nominated for an Oscar for best musical score), and breathtaking dance appearances by Gene Kelly and West Side Story's George Chakiris.

In 1968, after Columbia Pictures gave Demy a lucrative offer to shoot his first film in America, Demy and his wife, the film director Agnes Varda, moved to Los Angeles for a brief spell. Demy's end product was a naturalistic drama: 1969's Model Shop. Lola (Anouk Aimée) reappears, her dreams shattered, her life having taken a turn for the worse. Abandoned by her husband Michel for a female gambler named Jackie Demaistre (Jeanne Moreau's character from Bay of Angels), Lola is scrounging to make enough money to return to France and her child, by working as a nudie model in a backdoor model-shop on the Sunset Strip. She runs into an aimless young architect Gary Lockwood, who navigates the streets of Los Angeles; like Lola, he is looking for love and meaning in life. Model Shop is a time capsule of late 1960s Los Angeles, and documents the death of the hippie movement, the Vietnam draft, and the ennui and misery that results from broken relationships. This bleakness and decided lack of whimsy—uncharacteristic for Demy—had a large amount to do with Model Shop's critical and commercial failure.

Peau d'Âne (Donkey Skin, 1970), was a step in a completely opposite direction is a visually extravagant musical interpretation of a classic French fairytale which highlights the tale's incestuous overtones, starring Deneuve, Jean Marais, and Delphine Seyrig. It was also Demy's first foray into the world of fairy-tales and historical fantasia, which he would explore more closely in The Pied Piper and Lady Oscar.

Subsequent films are less highly regarded, but are well be due for reappraisal: David Thomson wrote about "the fascinating application of the operatic technique to an unusually dark story" in Une chambre en ville (A Room in Town, 1982). L'événement le plus important depuis que l'homme a marché sur la lune (1973) ("A Slightly Pregnant Man") is an interesting look back at the pressures of second-wave feminism in France, and the fears it elicited in men. Lady Oscar has been discussed and analyzed for its queer and political subtext (the title character is biologically born a woman, whose father raises her as a man so that she can get ahead in 18th century French aristocracy; Oscar eventually falls in love with her surrogate brother, a working-class revolutionary).

After years of neglect, Demy's strengths have been recognized, and Parapluies de Cherbourg was digitally restored and reissued to great acclaim in 1998. In 2014, The Criterion Collection released a boxset of Demy's most "essential" work, with hours of supplements, essays, and restored image and sound. The films include: Lola, Bay of Angels, The Umbrellas of Cherbourg, The Young Girls of Rochefort, Donkey Skin, and Une Chambre en Ville, as well as most of Demy's early short films.

Demy was the husband of fellow director Agnès Varda, whose Jacquot de Nantes, a film version of Demy's autobiographical notebooks, is a loving account of Demy's childhood and his lifelong love of theatre and cinema. Demy himself appears in the film in the opening and closing sequences, and at several points throughout. He had two children with Varda; Rosalie Varda-Demy, who was the biological daughter of Antoine Bourseiller, and Mathieu Demy.

Jacques Demy was gay[1] and died from complications of AIDS on 27 October 1990 at age 59 and was interred in the Montparnasse Cemetery in Montparnasse.[2]

This article uses material from the article Jacques Demy from the free encyclopedia Wikipedia and it is licensed under the GNU Free Documentation License.

George Frederick Pinto Rondo über Cory Owen
Update Required To play the media you will need to either update your browser to a recent version or update your Flash plugin.