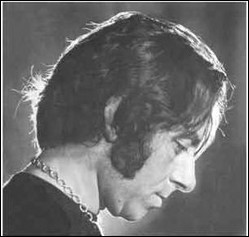 Gagliardi was born in Naples. His first hit in Italy came in 1963 with "T'amo e t'amerò". In 1970, he had another big hit with the song, Settembre, and more hits followed in the early 1970s.

This article uses material from the article Peppino Gagliardi from the free encyclopedia Wikipedia and it is licensed under the GNU Free Documentation License.