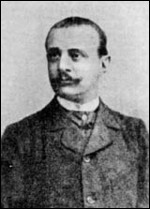 Bordes went on to found a Schola Cantorum in Avignon in 1899, and another in Montpellier in 1905. He remained actively involved with the original Schola Cantorum until his early death at Toulon.

This article uses material from the article Charles Bordes from the free encyclopedia Wikipedia and it is licensed under the GNU Free Documentation License.