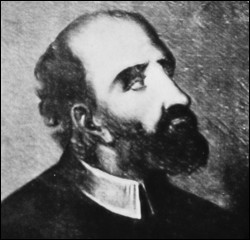 Giovanni Animuccia (c. 1520 – c. 20 March 1571)[1] was an Italian composer of the Renaissance and was involved in the heart of Romes liturgical musical life, and one of Giovanni Pierluigi da Palestrina's most important contemporaries. As the first maestro di capella of St Philip Neri's Oratory and magister cantorum of the Capella Giulia, he was composing music at the very centre of the Roman Catholic Church, during the turbulent reforms of the Counter-Reformation and as part of the new movements that began to flourish around the middle of the century. His music reflects these changes.

Animuccia was born in Florence, where, despite his prominence as a composer in Rome (where he died) he spent the first thirty years of his life. However, little is known about his training and work during this period. His first and second book of madrigals show similarities with, and may have been modelled on, the music of his slightly older contemporary Francesco Corteccia (court composer to Duke Cosimo I de' Medici). Animuccia and Corteccia were the only significant composers writing madrigals in Florence at the time and both composers published books of madrigals in 1547.[2] Animuccias name is also mentioned in association with Florentine literary circles, suggesting that he was involved with cultural life in Florence.[3] Animuccia's Second Book of Madrigals was published in 1551 after his arrival in Rome in 1550.

After his arrival in Rome, Animuccia was employed by Cardinal Guido Ascanio Sforza. Early on, through his association with Florentine circles (in particular the exiled Altoviti family), Animuccia met his fellow Florentine St Phillip Neri.[4]

Music for the oratory

St Phillip Neri founded a religious congregation called the Oratory. The Oratory began in the early 1550s as small and informal meetings for religious discussion and prayer; these meetings soon began to attract large numbers of people.[5] In 1558, when Phillip obtained a larger room to hold the meetings in, the practice of singing of laude spirituali was introduced.[6] Singing laude was a popular practice in Florence following the legacy of Girolamo Savonarola who strongly encouraged its use, and it is natural therefore that Phillip would incorporate this practice into his meetings.[7] Animuccia was involved early on with music for these meetings (the precise date is unknown) and remained maestro di Capella of the Oratory until his death. The Oratory was able to attract many musicians who gave their services for free; this included the famous singer from the Capella Sistina Francesco Soto de Langa, and composers Palestrina and (probably) Victoria - who (for five years) lived in the same house as St. Phillip Neri.[8]

Animuccia published two books of laude for use in the Oratory in 1563 and 1570. Animuccias Florentine influence is evident as some of his texts originate from Florence.[9] Stylistically the two books are rather different. Animuccias first book contains simple settings of Italian laude which are homophonic throughout,[10] and as part of Phillip Neris early devotional meetings were probably sung by amateur singers.[11] The music in Animuccias second book of laude is much more madrigalistic;[12] he uses a greater variety of textures, sonorities and languages (Italian and Latin). His reasons for the change in style are stated in his dedication:

The oratory having increased, by the grace of God, with the coming together of prelates and of most important gentlemen, it seemed to me fitting in this second book to increase the harmony and the combination of parts, varying the music in diverse ways, now setting it to Latin words and now to the vernacular, sometimes with a greater number of voices and sometimes with fewer, with verses now of one kind and now of another, concerning myself as little as possible with imitations and complexities, in order not to obscure the understanding of the words. [13]

By this time the number of people attending the Oratory had increased significantly and Animuccia wished to offer more complex music in order to woo influential people through music into churches.[14]

Effects of the Counter-Reformation on Animuccia's music

At the same time as writing music for the Oratory, Animuccia was employed (from January 1555) as the magister cantorum of the Capella Giulia at St. Peter's Basilica. Palestrina, who was Animuccias predecessor at the Capella Giulia, had been promoted by Pope Julius III to the Capella Sistina.[15] Animuccias most important composition for this period was his Missarum Liber Primus (1567). The importance of this book of Masses is due to the fact that its style of composition was directly affected by the liturgical reforms that took place at the Council of Trent through the influence of the Reform Commission in Rome (see below).

The Council of Trent and the Reform Commission

The final session of the Council of Trent closed in 1563. One of the primary concerns of the council in its latter stages was the reform of the liturgy, in particular the reform of abuses of the Mass.[16] In order for the Council's recommendations to be carried out in Rome, a Reform Commission was set up, headed up by Cardinals Carlo Borromeo and Vitellozzo Vitelli.[17] The main issues regarding music that Cardinals Borromeo and Vitelli sought to address were intelligibility (i.e. that Masses should be composed in such a way that the words could be clearly understood by the listener) and the use of secular music in Mass settings. In 1565 it is recorded in the diary of the papal chapel choir that Cardinal Vitelli requested the choir to be assembled at his house and held a private test of some Mass settings in order to see whether the words could be understood.[18]

Animuccia, as magister cantorum of the Capella Giulia, would no doubt have been aware of this test; it is unsurprising therefore that in 1566 there is a record of him being paid for the composition of five masses [written] according to the requirements of the Council [of Trent].[19] Animuccias Missarum Liber Primus was published a year later. In his dedication he writes:

I have sought to adorn these divine praises of God in such a way that the music may disturb the hearing of the text as little as possible, but nevertheless in such a way that it may not be entirely devoid of artifice and may contribute in some measure to the listeners pleasure. [20]

All the Masses are freely composed plainsong paraphrases - which fulfills the requirement of the eradication of secular influences. It is interesting to note that Animuccias presentation of an intelligible style is only evident in the Gloria and the Credo,[21] and even here he seems reluctant to strip all artifice from the music. Instead he alternates homophonic phrases with polyphonic phrases. In his book of Masses Animuccia is consciously trying to compose music that reconciles, as he sees it, the two polarities in this issue of composing intelligible music: that of making the text audible, yet at the same time sounding beautiful therefore fulfilling the musics most important function of drawing the listener deeper into prayer and closer to God. Other significant stylistic features of Animuccias composition style include variations in vocal textures and colour by varying voice groupings, and instances of word painting.[22]

Other works composed by Animuccia in this period include some madrigali spirituali (1565) and a collection of hymns, motets, Masses and Magnificats (1568).

The stylistic features described in Animuccias Masses and laude can be seen as antecedent to the way choral music would develop from the end of the 16th century into the 17th century. In particular his use of different voice groupings can be seen as a very early example of the polychoral technique (chori spezzati)[23] which became very popular in Rome shortly after Animuccias death.[24] Although Animuccias contribution to liturgical musical at this time was soon eclipsed by choral works of his contemporaries Palestrina and Victoria, his music remains an important example as to one of the ways in which a composer sought to deal with the issues which arose after the Council of Trent. As well as this, his significant contribution to the early musical life of the Oratory set precedence for future developments of music written for this setting, which would eventually include the development of the oratorio.

This article uses material from the article Giovanni Animuccia from the free encyclopedia Wikipedia and it is licensed under the GNU Free Documentation License.

Georg Friedrich Händel Ouvertüre aus der Wassermusik Suite Nr. 1 F-Dur
Update Required To play the media you will need to either update your browser to a recent version or update your Flash plugin.