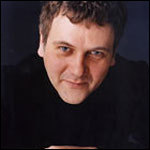 Guy Chambers (born 12 January 1963 in London) is an English songwriter and record producer, perhaps best known for his long partnership with Robbie Williams.

Chambers wrote music from an early age and had a string quartet performed in London when he was just 11. When he was 15, his school in Liverpool performed a rock opera that he had composed. From 18, he studied composition and piano at the Guildhall School of Music, London, winning the composition prize in 1985. While at the Guildhall, Chambers started to record his own songs and performed with a band called The Burmoe Brothers releasing their first single, featuring Marc Almond "Skin" on Some Bizarre Records in 1984. After graduating, he toured as a keyboard player with, among others, Julian Cope and The Waterboys before joining World Party in 1986. He co-wrote, with Karl Wallinger, on the bands most successful album: "Bang!". Whilst in World Party he also produced Ensign artist Tony Stone and wrote for his debut album. He also appeared on the Missions Carved in Sand, providing the orchestral arrangement and keyboards for the song Grapes of Wrath and was producer for the short-lived group Stress with their debut album, "Stress".

In 1992 Chambers formed his own band The Lemon Trees and wrote, produced and performed with them until they disbanded in 1995. The band only released one album, though a second one was completed but not released because the record company didn't like it. Following the end of The Lemon Trees, Chambers spent time writing successfully with Cathy Dennis and others until an opportune meeting facilitated by music industry veteran Paul Curran with Robbie Williams in January 1997.

Chambers collaborated as songwriter producer & musical director on Robbie Williams' first five solo albums, which all reached number 1 in the United Kingdom and have globally sold over 40 million. Chambers co-wrote some of Williams' best known tracks, including "Rock DJ", "Feel", "Millennium", "Let Me Entertain You", "Angels", Supreme, No Regrets and Eternity.

Guy Chambers has written and produced material for a number of different artists, Texas, Will Young, Rachel Stevens, Andrea Bocelli as well as working on a number of different film soundtracks including Bridget Jones's Diary, Finding Nemo and Love Actually and a collaboration with Queen on their classic track "We Are the Champions" for the hit movie A Knight's Tale.

He co-wrote and produced four songs for Kylie Minogue's 2000 album Light Years, including the single "Kids" (a duet with Williams), "Loveboat", "I'm So High" and "Your Disco Needs You".

Chambers and American hit songwriter Kara DioGuardi co-wrote "Shine" for Hilary Duff's self-titled album, which charted at #2 in the Billboard 200 chart and reached over 1 million in sales. Other US album collaborations include Ryan Cabrera's "Take It All Away", "2 Become 1" for Jewel's album Perfectly Clear, and Diana Ross for whom Guy produced the track "Goin' Back" from the Life and Love album.

Lemon Love, the debut album from Aslyn was produced by Chambers and Eric Valentine. 2004 saw the release of Brian McFadden's debut solo album Irish Son which Chambers contributed to. First single "Real to Me" went straight in at #1 in the UK.

Other album releases that year included Natasha Bedingfield's debut album Unwritten, Delta Goodrem's second album Mistaken Identity and Beverley Knight's Affirmation. Chambers and Beverley wrote 4 tracks for the album including the single "Come as You Are". Beverley also performed her own a cappella version of the Robbie Williams track "Angels" at 2005's Live 8 at Murrayfield, Edinburgh where Chambers was Musical Director.

"Tears And Rain" was written by James Blunt and Chambers and features on Blunt's debut album Back to Bedlam, 2005's most successful album, which to date has sold over 11 million copies worldwide.

The Isis Project, a French-language album written with lyricist Keren Ann and vocalist Sophie Hunter is Chambers's own personal project, written as an 18th birthday present for his daughter Isis when she was four. The track "Londe Amere" also features on Keren Ann's latest album Nolita, released by Sleeper Music in 2005.

Guy Chambers collaborated with Enrique Iglesias to write the ballad "First Day Of My Life". It was translated into Italian and recorded by Andrea Bocelli as the lead single from his first pop album. The English version of the song was recorded by Melanie C and became a #1 hit in many European countries, including Germany.

Chambers worked in LA with INXS on their first studio album after the death of Michael Hutchence, Switch, released on 29 December 2005.

Chambers worked with Darren Hayes to co-write "Who Would Have Thought?", a track on Hayes' album This Delicate Thing We've Made, released on 23 August 2007. This song was released on Darren Hayes's Myspace, prior to the album release on 9 April 2007 along with an associated animation clip for the song.

Chambers collaborated with Eros Ramazzotti[1] on his greatest hits album, which includes 4 new songs. The song "Ci parliamo da grandi" is written by Eros and Guy. The album e2: energ was released on 31-10-2007 by Sony-BMG.

Robbie Williams was included on the Radio 1 40 years album, with a cover of The Kinks "Lola", produced by Guy. In 2008, Chambers co-wrote "Creationist" with Island Records's artist Kerli for her debut album "Love is Dead"

Guy returned to writing with Beverley Knight, co-writing the song "100%", also the name of her album. 2009 included work with French artist Christophe Willem on his second record "Cafeine", co-writing with Matt Hales from Aqualung on the single "Heartbox" and co-writing with Cathy Dennis on "Sensitized", a duet with Kylie Minogue, for Cathy's solo record, due out in 2009. 2009 also included new work with British artists Julian Perretta, Katie Melua, Random Impulse, Marlon from Mattafix and Taio Cruz.

The end of 2009 saw the release of Robbie Williams' new studio album Reality Killed the Video Star, featuring "Blasphemy", one of the last songs Chambers and Williams wrote together.

2010 started with the single World Behind My Wall released by Tokio Hotel, who embarked on a large European tour, picking up MTV Best Group and NRJ Best International Band Awards. "Pain of Love" was another co-write on their 2009 album Humanoid.

Katie Melua's album The House released 24 May 2010) included 5 co-written songs for her new album produced by William Orbit. Tracks include 'I'd Like To Kill You', 'The Flood' (first single), 'A Happy Place', 'A Moment of Madness' and 'Tiny Alien'

In July 2011 Chambers appeared in a three-part series on BBC Two called Secrets of the Pop Song, in which each episode followed him collaborating on writing a new song in a particular style: a ballad with Rufus Wainwright, a breakthrough single with Mark Ronson and Tawiah, and an anthem with Noisettes. [2]

Following on from The Isis Project, Guy writes an album 'Songs for a Boy' written for his son, Marley. Released as an EP with Sophie Hunter (The Isis Project). The album is an alternative folk sound co-produced with Richard Flack

He has written songs for Delta Goodrem in her album 'Mistaken Identity'.

Tracks featured on the following albums:

This article uses material from the article Guy Chambers from the free encyclopedia Wikipedia and it is licensed under the GNU Free Documentation License.

Francesco Pasquale Ricci Menuetto maestoso aus der Sinfonie Es-Dur op.2 Nr.5
Update Required To play the media you will need to either update your browser to a recent version or update your Flash plugin.