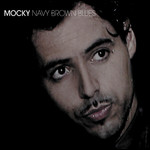 Mocky was born Dominic Salole in Saskatchewan, Canada. He later moved to Ottawa and Toronto, and then to London, Amsterdam and Berlin. He currently lives in Los Angeles. His father is of Somali descent, but was born in present-day Yemen. His mother is English.

Mocky has released five albums under his own name: In Mesopotamia, Are + Be, Navy Brown Blues, Saskamodie, and Key Change. He released them first on his own label Mockyrecordings and the Japanese label Saidera, then on the German labels Gomma and Four Music, as well as on V2 Records in France, and Saskamodie on Crammed Discs. As a producer and songwriter he has worked with artists as diverse as Jamie Lidell, Feist, Nikka Costa, GZA, Alejandro Jodorowsky, Chilly Gonzales, Peaches and more.

His music is notable for its sense of humour, and for combining elements of hip-hop and experimental sounds into memorable tunes. Mocky's song "Sweet Music" from his first album quickly became an underground hit, especially in Europe.

He was also a member of the groups Puppetmastaz, The Shit, Son, The D.O.M, the Freeway Band, and The Roustabouts.

In December 2008, Mocky announced the 2009 release of his new and mostly instrumental album Saskamodie on the Crammed Discs label. The album was released to wide critical acclaim, Pitchfork Media calling it an "exceptional musical album".[2]

In 2012, Mocky publicly announced his move from his longtime home, Berlin, to Los Angeles.[3] In late 2012 he premiered his new song "Little Bird" via The Fader[4] and a video for the new song "Make You Rich" via Vogue.[5]

In February 2013 he released the 7 song EP "Graveyard Novelas (The Moxtape Vol. 1)" and premiered it on Paper[6]

Mocky is considered to be a member of the Canadian Crew, a loose collective of immigrant Canadian musicians mostly living in Europe that includes Peaches, Chilly Gonzales, Feist, Taylor Savvy, and others.

Mocky is also a much sought after live performer, and plays in shows for fellow musicians Gonzales and Jamie Lidell, usually on drums, keyboards, bass or guitar.

In September 2009, Mocky had an appearance by the rapper GZA on his soundtrack-like tune "Birds of a Feather".

In 2010 and 2011 Mocky co-produced the albums Buen Soldado by Francisca Valenzuela, Modern Day Addiction by Clare Bowditch[7] and Metals by Feist.[8]

Mocky has co-written and co-produced songs for:

In addition, Mocky co-wrote and co-produced the 2008 album Jim by Jamie Lidell. He also frequently collaborates with musicians Chilly Gonzales and Kevin Blechdom.

Some of Mocky's other co-writing credits include:

In 2011, Mocky composed the soundtrack to Xiaolu Guo's new full-length feature movie UFO in Her Eyes that was filmed in China.[9]

This article uses material from the article Mocky from the free encyclopedia Wikipedia and it is licensed under the GNU Free Documentation License.