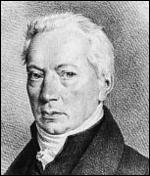 Gyrowetz was born 20 February 1763 in České Budějovice (Budweis). His father was the choirmaster in the cathedral there, and Adalbert first studied with him. He then travelled to Prague, where he studied law but continued to learn music.

At around this time Gyrowetz was in the employ of Count Franz von Fünfkirchen in Brno, whose employees were all musicians. Here he started composing (among other things) symphonies, of which he was eventually to write more than 60. In 1785 he moved to Vienna and met Wolfgang Amadeus Mozart, who performed one of Gyrowetz's symphonies in the same year.[1] From 1786 to around 1793, he travelled throughout Europe. He spent some time in Paris, where he established that some symphonies that had been published as the work of Joseph Haydn were in fact his work.[2] He spent three years in Italy, meeting Johann Wolfgang von Goethe in Rome and studying with Nicola Sala in Naples. In 1791 he met Haydn, whom he idolized, in London. While in London, he was commissioned by Johann Peter Salomon to compose symphonies to be performed at Salomon's Hanover Square Rooms concerts.

Gyrowetz moved back to Vienna and in 1804 was appointed Vice-kapellmeister of the Court Theatre. Gyrowetz was an important part of Viennese musical society well into the 1820s and even arranged the piano reduction of Rossini's Zelmira in 1822. He was one of the pallbearers at Beethoven's funeral in 1827. Gyrowetz died 19 March 1850 in Vienna.

Operas (all composed in Vienna unless otherwise stated)

More than 60 symphonies, including:

About 60 string quartets, including:

40 Piano Sonatas with Violin and Violoncello accompaniment, including:

12 Nocturnes for Piano with violin and violoncello accompaniment

Other miscellaneous chamber music, including:

This article uses material from the article Adalbert Gyrowetz from the free encyclopedia Wikipedia and it is licensed under the GNU Free Documentation License.

Franz Krommer Rondo aus dem Klarinettenkonzert Es-Dur op. 36
Update Required To play the media you will need to either update your browser to a recent version or update your Flash plugin.