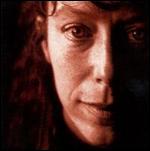 Amy Denio (born June 9, 1961) is a Seattle (USA)-based multi-instrumental composer of soundtracks for modern dance, film and theater, as well as a songwriter and music improviser. Often called an unclassifiable avant-garde jazz musician, she is also deeply inspired by world music. She is probably best known as a vocalist, accordionist and saxophone-player. Among her current musical involvements are The Tiptons Sax Quartet (formerly The Billy Tipton Memorial Saxophone Quartet) and Die Resonanz Stanonczi, a radical folk group based in Salzburg, Austria. She has also collaborated repeatedly with the Pat Graney Dance Company, David Dorfman Dance Company, Victoria Marks, and with many other choreographers.

Amy Denio attended Brookside School and Kingswood School Cranbrook in Bloomfield Hills from kindergarten through 12th grade, graduating in 1979. She became an autodidactic musician at age 12, quitting piano and starting guitar. She attended Colorado College, and also Hampshire College,[1] graduating with a B.A. in Music Composition and Improvisation from Hampshire in 1984. She is self-taught on guitar, electric bass, drums, saxophone, clarinet, accordion, and various world instruments. She was sponsored by Jazz India to live in Bombay and study Thumri, Northern Indian vocal technique from Dhanashree Pandit-Rai in 1997.

Since 1988, she has performed at festivals in India, Japan, Hong Kong, Taiwan, Brazil, Argentina, North America, and throughout East and Western Europe.

From 1985-1990, Denio was Programming Office Coordinator at the World Headquarters of Yesco Foreground Music, which merged with Muzak.

In 2007 she was commissioned by the Dream Community in Taipei, Taiwan to arrange, record and produce Taiwanese aboriginal and popular music with samba rhythms from Brazil. These arrangements were performed by junior high school students at the Camphor Tree School, who are from the Amis tribe of Taiwan.

She has taught workshops on composition, improvisation, and extended vocal techniques throughout the US and Europe.

This article uses material from the article Amy Denio from the free encyclopedia Wikipedia and it is licensed under the GNU Free Documentation License.