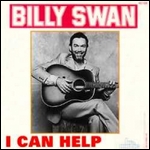 Swan was born in Cape Girardeau, Missouri. As a child, he learned drums, piano and guitar, and began writing songs. His first big break was in 1962 when Clyde McPhatter recorded "Lover Please", a song written by Swan when he was in a local band called Mirt Mirly & the Rhythm Steppers who had first recorded the song on Bill Black's Louis label.[1] McPhatter's version quickly became a No. 7 pop hit.

Swan moved to Memphis to work with Black, but this was cut short with Black's illness and subsequent death in 1965. He also for a time worked on Elvis Presley's Graceland estate. He then moved to Nashville, which enabled him to write hit country songs for numerous artists, including Conway Twitty, Waylon Jennings, and Mel Tillis. In 1969, Swan first took on the role of record producer, producing Tony Joe White's Top Ten hit "Polk Salad Annie". Swan also played bass guitar for Kris Kristofferson and then signed a solo recording deal with Monument Records.[1]

His first album included the song "I Can Help", a rockabilly number that topped the Billboard Hot 100 as well as the US and Canadian country charts in 1974, also becoming a hit in many other countries. Swan recorded the song in two takes (without overdubs) with an RMI organ that Kristofferson and singer Rita Coolidge had bought for him as a wedding gift. However, other albums with Monument, A&M, and Epic did not have nearly the success of his first.[1]

Swan continued to tour as a member of Kristofferson's band and recorded with Randy Meisner of The Eagles. In 1986 he walked into a California studio (Bench Records) as part of a band called Black Tie and along with Meisner, Jimmy Griffin († 2005) (Bread), David Kemper (drummer), David Miner, and David Mansfield recorded an album called When the Night Falls. He recorded another solo album, Like Elvis Used to Do in 2000, and another Black Tie-style album with Meisner and Charlie Rich, Jr. billed as "Meisner, Swan & Rich".[1] As of 2005, Swan remained a backing singer and session musician.

Swan was married to his late wife Marlu for 30 years. Marlu died on February 12, 2003, from cancer.[2] They had two daughters, recording artists Planet Swan and Sierra Swan.

This article uses material from the article Billy Swan from the free encyclopedia Wikipedia and it is licensed under the GNU Free Documentation License.