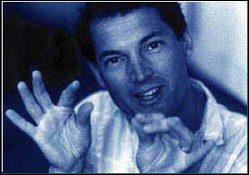 John Wolf Brennan (born 13 February 1954, Dublin) is an Irish pianist, organist, melodica player, and composer based out of Weggis Switzerland.

Brennan's family moved to Switzerland when he was seven years old. He took piano lessons from age eleven, but played bass guitar in a rock band in 1970 before returning to keyboards in 1974 to play in a jazz rock group. In 1977 he founded the free jazz group Freemprovisations, which featured Peter Schärli among its members; he formed Impetus in 1979. He studied at the University of Fribourg (late 1970s), Swiss Jazz School in Berne (197579), the conservatory in Lucerne (197984), and the Academy of Church and School Music (198587). Brother Peter Wolf was a singer,played saxophone,flute,oboe and founded in 1977 Weggis Lucerne possibly the most successful Progressive Rock bands to come from Switzerland Flame Dream(1977-1986) that released one album on Philips Records,and five albums on Vertigo Records;which featured new member from Pico Rivera Los Angeles Camp Pendelton born guitarist Dale Hauskins on Flame Dream's third album "Out in the Dark" in 1981 produced by British producer and engineer John Acock which had a very impressive resume of progressive rock productions in the 1970s and 1980s as most of his work was with British artists such as Steve Hackett, Steeleye Span, Renaissance, and Rick Wakeman.

From 1980 to 1984 Brennan played in the Mohrenkopf Afro-jazz band, and worked in Impetus and Triumbajo with Ushma Agnes Baumeler and Barni Palm in 1980-82. Between 1982 and 1989 he worked extensively with Urs Leimgruber, and in the 1980s also worked with Corin Curschellas and Christy Doran. In 1988 he worked in New York City for six months, then founded the drumless quartet Pago Libre the following year. Early in the 1990s he worked with Lindsay Cooper, Daniele Patumi and Tscho Theissing in several ensembles, established the SinFONietta ensemble in 1991. In 1993 he worked with American drummer Alex Cline in the quintet Shooting Stars & Traffic Lights". In 1994, Russian hornist Arkady Shilkloper joined Pago Libre, resulting in a string of albums, from Pago Libre" (1996, re-released 2002) to Stepping Out" (2006), "platzDADA!" (2008) and "Fake Folk" (2009). In 1997 he lived in London and worked with Julie Tippetts, Evan Parker and Chris Cutler in a sextet called HeXtet, which set poems by Seamus Heaney, Edgar Allan Poe, Theo Dorgan e.a. to music. In 1999 he toured in Finland with Ivo Perelman, and worked with Gianluigi Trovesi, Gianni Coscia and Daniele Patumi in the quartet Euradici. As improvisor, he worked with Chicago bassclarinetist Gene Coleman in a series of MOMENTUM albums, and with Christy Doran and Patrice Héral in the group Triangulation, where he developed his personal style of comprovisation, a term he coined in 1989. He also released seven solopiano albums so far, from the first The Beauty of Fractals (1989) to Pictures in a Gallery" (2006) and the award-winning The Speed of Dark" (2009). Following his album The Well-Prepared Clavier (1998), he has developed an extensive array of prepared piano techniques, creating a whole universe of non-electronic sounds, from arcopiano to pizzicatopiano, tamburopiano to sordinopiano. In 2010, he created the sound installation Inner & Outer Spaces together with video artist Susanne Hofer for the Lucerne Art Museum, performing live with Gerry Hemingway and Thomas K.J.Mejer. Together with yodel singer Franziska Wigger and brass player Hanspeter Wigger he works in the trio Melos Montis, with pianist Esther Flückiger in the piano duo TwinKeys. In 2010, he launched the ensemble SONIC ROOTS with Andreas Gabriel, Christy Doran, Marcel Oetiker, Heiri Kaenzig and Marc Halbheer. In addition to his work in jazz music, Brennan composes for film (Meditative Moments" 2011, on YouTube) and the art-music world as well, particularly chamber music and songs and pieces for theater, among them the two operas Güdelmäntig (2004) and Night.Shift (2007, based on W.H.Auden's poem "The Age of Anxiety". A revamped Pago Libre featuring Arkady Shilkloper, Tscho Theissing and new bassist Tom Götze performed 2012 in Austria and Switzerland. The first volume of his SONIC ROOTS series of books (for piano, inspired by Celtic Country Dances) was premiered at the Frankfurt Book Fair 2010, published by Pan-Verlag, the second and third (for violin) were published in 2011. In the same year, he started a collaboration with overtone singer Christian Zehnder and Arkady Shilkloper. 2012 he recorded Pilgrims, a new trio album with percussionist Tony Majdalani and guitarist Marco Jencarelli. 2013 the Percussion Art Ensemble Berne premiered his new composition «Oscillating Orbits», scored for marimba, vibraphone, timpani and various percussion instruments, featuring violinist Misa Stefanovic.

With the Groupe Lacroix

With Christy Doran and Triangulation

This article uses material from the article John Wolf Brennan from the free encyclopedia Wikipedia and it is licensed under the GNU Free Documentation License.

Antonio Bazzini "La ridda dei folletti" Scherzo fantastico op. 25
Update Required To play the media you will need to either update your browser to a recent version or update your Flash plugin.