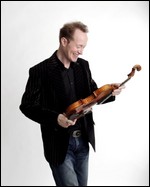 born in 1979 in Helsinki, Uusimaa, Finland

Anthony Marwood is a solo classical violinist, appearing in concerto performances worldwide with orchestras such as the Boston Symphony, LA Philharmonic, St Louis Symphony, the Philharmonia Orchestra, the UK's BBC orchestras, the City of Birmingham Symphony Orchestra, New Zealand Symphony and the Sydney Symphony. He enjoys regular collaborations as soloist/director with orchestras such as the Academy of St Martin in the Fields, the Australian Chamber Orchestra, Les Violons du Roy in Quebec and the Irish Chamber Orchestra, of which he was Artistic Director from 2006-2011. From 1995-2012 he was a member of the Florestan Trio with Susan Tomes and Richard Lester. In 2006 he won the Royal Philharmonic Society's Instrumentalist of the Year Award. He was educated at King Edward VI Grammar School in Chelmsford, at the Royal Academy of Music and the Guildhall School of Music and Drama, and studied with Emanuel Hurwitz and David Takeno. He is represented by Hazard Chase in the UK for General Management and Colbert Artists Management in New York City for the US and Canada.

This article uses material from the article Anthony Marwood from the free encyclopedia Wikipedia and it is licensed under the GNU Free Documentation License.

Johann Christian Bach Ouvertüre zur Oper "Lucio Silla"
Update Required To play the media you will need to either update your browser to a recent version or update your Flash plugin.