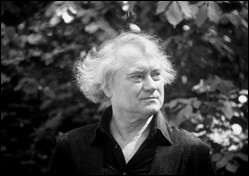 Maksymiuk studied violin, piano, conducting and composition at the Warsaw Conservatory. In 1964 he won first prize in the Paderewski Piano Competition. Conducting soon became his principal career. While working at the Warsaw Grand Theatre, he formed the Polish Chamber Orchestra, which made its British debut in 1977 and has subsequently toured all over the world. Between 1975 and 1977 Jerzy Maksymiuk also held the post of Principal Conductor of the Polish National Radio Symphony Orchestra. In 1993, he became principal conductor of the Krakow Philharmonic.[1]

In April 1990 he was awarded the Honorary Degree of Doctor of Letters by Strathclyde University.

His recordings include the first uncut performance made in the West of Paderewski's massive Symphony in B minor "Polonia", which he has also performed in concert in Poland.

This article uses material from the article Jerzy Maksymiuk from the free encyclopedia Wikipedia and it is licensed under the GNU Free Documentation License.