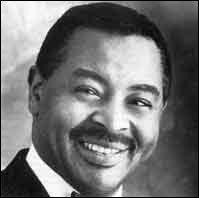 Dees was born in Birmingham, Alabama, United States,[1] into a large family and distinguished himself with his voice. At the age of nine, and already champion of several singing contests, he founded his own vocal group, the "Bossanovians". As a teenager he traveled to perform and, in 1968 he recorded his first single at Nashville, Tennessee's SSS International. He released his next few singles on Lolo Records. Chess Records producer Lenny Sachs gave him an opportunity to self-produce two singles on the Chess label, which Dees recorded in a former church in Birmingham. From there he began recording for Atlantic, which released his landmark album The Show Must Go On in 1975.[1]

Since then, Dees recording career stalled while he wrote hits for other singers, such as "Am I Dreaming" (Atlantic Starr), "One in a Million You" (Larry Graham), "Save the Overtime (For Me)" (Gladys Knight), "Love All the Hurt Away" (George Benson and Aretha Franklin), and "Lover for Life" (Whitney Houston).[2]

Dees also wrote the song "Just The Lonely Talking again", which was originally recorded by the American R&B vocal group The Manhattans on their 1983 album Forever By Your Side, and later recored by Whitney Houston on her second studio album Whitney (1987).

He released a solo single titled "After All" in 1989, and the accompanying album, Secret Admirer, was not successful.[1]

Dees continues to write and produce. He released recordings on his own Pen Pad label and also recorded for Ardent Records in England, not to be confused with Ardent Records of Memphis, Tennessee. Another English label, Kent Records, has released early recordings. Other previously unissued recordings from the early 1970s are planned for release by Selecta Records, whose parent company Millbrand Music control the copyrights to many of Dees' early songs.

His song "Lonely for You Baby" was used and referenced in the British surf movie, Blue Juice (1995).

This article uses material from the article Sam Dees from the free encyclopedia Wikipedia and it is licensed under the GNU Free Documentation License.