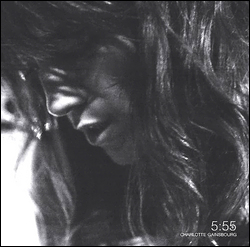 Gainsbourg was born in London,[1] and was raised in Paris. She attended École Active Bilingue Jeannine Manuel in Paris. She is the daughter of British actress and singer Jane Birkin and French singer-songwriter, actor and director Serge Gainsbourg. Her maternal grandmother was actress Judy Campbell and her uncle is the screenwriter Andrew Birkin, who directed her in The Cement Garden. Gainsbourg's longtime partner is the French actor/director Yvan Attal,[2] with whom she has two children, Ben (born on 12 June 1997) and Alice (born on 8 November 2002).[3]

On 5 September 2007, Gainsbourg was rushed to a Paris hospital where she underwent surgery for a cerebral hemorrhage. She had been experiencing headaches since a minor water skiing accident in the United States several weeks prior.[4]

Gainsbourg made her motion picture debut playing Catherine Deneuve's daughter in the film Paroles et musique (1984). In 1986, Gainsbourg won a César Award for "Most Promising Actress" for L'effrontée, and, in 2000, she won "Best Supporting Actress" for the film La Bûche.

In 1993, Gainsbourg made her English speaking debut in The Cement Garden, written and directed by her uncle, Andrew Birkin.

In 1994, Gainsbourg made her stage debut in David Mamet's Oleanna at the Théâtre de la Gaîté-Montparnasse. Gainsbourg has sung the title song in three of her films.

In 1996, Gainsbourg starred as the title character in Jane Eyre, the acclaimed film adaption of Charlotte Brontë's 1847 novel.

In 2005 she gained critical praise for her role alongside Charlotte Rampling in the surreal thriller Lemming.

In 2007, Gainsbourg appeared alongside Gael Garcia Bernal in Michel Gondry's La Science des rêves and as Claire in the Todd Haynes directed Bob Dylan biopic I'm Not There, also contributing a cover of the Dylan song "Just Like a Woman" to the film's soundtrack.

In 2008, she appeared alongside Anthony Hopkins and Laura Linney in the film The City of Your Final Destination. She later began filming for the Patrice Chereau film project Persecution.

In 2009, she won the award for Best Actress at the 2009 Cannes Film Festival for the film Antichrist.[5]

Patrice Chereau's Persecution premiered in September 2009 at the 66th Venice International Film Festival in competition for the Golden Lion. The film is an intense study of a relationship, also starring Romain Duris and Jean-Hugues Anglade. Gainsbourg's mother Jane Birkin also had a film screening in competition, Jacques Rivette's 36 Views from the Pic Saint-Loup.

She has finished filming an Australian production, The Tree scheduled for a 2010 release. Her next project will be the Lars von Trier Sci-fi-disaster film, Melancholia.[6]

Gainsbourg made her musical debut with her father on the song "Lemon Incest" in 1984.[7] Two years later, she released her debut album Charlotte for Ever, which was produced by her father.

In 2000, Gainsbourg was featured on the Madonna album, Music on the track "What It Feels Like For A Girl". There is a lengthy spoken intro by Gainsbourg, taken from the film The Cement Garden, which inspired the title of the song. The track was further remixed for the single version of this song in 2001, with Gainsbourg's The Cement Garden speech repeated during the song.

In 2004, she sang a duet with French pop star Étienne Daho on his single "If".

In 2006, Gainsbourg released her second album 5:55 to critical acclaim and commercial success, reaching the top spot on the French charts and achieving platinum status in the country. In the UK, the album was moderately successful, reaching #78 (The single "The Songs That We Sing" only made #129).

In late 2009, Gainsbourg released her third studio album, IRM,[8] which was produced by Beck.[9][10] One of the influential factors in the album's creative process was her time spent filming Antichrist.[11]. Gainsbourg's head injury in 2007 influenced the title of the album "IRM," which is the French translation of magnetic resonance imaging (MRI). While receiving a brain scan, she began to think about music. "When I was inside that machine, she said, it was an escape to think about music. Its rhythm. It was very chaotic.[12]

Her song Heaven Can Wait was chosen as the Starbucks iTunes Pick of the Week on March 2, 2010.[13]

This article uses material from the article Charlotte Gainsbourg from the free encyclopedia Wikipedia and it is licensed under the GNU Free Documentation License.