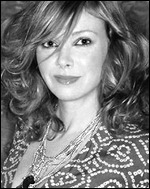 Educated at Taverham High School, as a teenager she was spotted recording Stevie Wonder-influenced demos at The Kitchen in Norwich with her father (himself an experienced musician and local restaurateur) on piano. At the time she was working for Norwich Union. Simon Fuller signed her to his 19 Management company (with whom she is still signed) and to label Polydor at aged 17, and this began a career-long association with the impresario that has seen Dennis provide songs for many Fuller-related artists and projects.[5][6]

Dennis achieved her first success as a vocalist with D Mob, when their single "C'mon and Get My Love" reached #15 in the UK Singles Chart and #10 in the Billboard Hot 100 in 1989. It is regarded as an underground classic in the dance music field, and a second collaboration with D Mob, "That's the Way of the World" (not to be confused with the hit song by Earth, Wind & Fire of the same name), was also a major dance hit. It was followed by Dennis' debut album, Move to This.

Subsequent releases were only minor hits. Her final Top 40 hit in the US was "You Lied to Me" in 1992, taken from her second album Into the Skyline, and her final Top 40 hit in the UK was a cover of the Kinks' classic "Waterloo Sunset", which made #11 during 1997. That same year, her last solo single, "When Your Dreams Turn to Dust", peaked in the UK at #43. These two latter singles were both taken from her third and last solo album, Am I the Kinda Girl?, also including a third single, "West End Pad", the album opening track (UK #25).

"Touch Me (All Night Long)" stayed at #2 on the Billboard Hot 100 for two weeks, and was kept out of the #1 spot by Hi-Five's "I Like The Way (The Kissing Game)" in the first week, and Mariah Carey's "I Don't Wanna Cry" in the second week. The song was a cover and lyrical reworking of a 1984 single by Wish featuring Fonda Rae, which had hit #70 on the US R&B chart that year. "Touch Me (All Night Long)" reached #1 on the US Hot Dance Club Play chart, and its follow-up, "Too Many Walls", which Dennis co-wrote with Anne Dudley of Art of Noise (who also co-wrote the ABC track "All of My Heart"), was a #1 Adult Contemporary hit in the United States. It was around this time Dennis agreed to join Club MTV's first tour, booked for six weeks. She dropped out on the third date, later publicly accusing one of Milli Vanilli's members (the tour's headline act) of sexual harassment. During this period, she recorded a song called "Find the Key to Your Life" with David Morales, for the soundtrack to the movie Teenage Mutant Ninja Turtles II: The Secret of the Ooze.

Dennis released her second album, Into the Skyline, in May 1992, written with an aim toward the US market. The album featured the singles "You Lied to Me", "Irresistible", "Moments of Love," "Falling", and "Why" the latter was credited to D Mob with Dennis. The album got to #8 in the UK Album Chart, whilst in the US Billboard Hot 100, "You Lied to Me" was a Top 40 hit, and "Irresistible" made the Adult Contemporary Top Ten; however, the album descended the chart rapidly. Dennis experienced a brief peak of fame, making a cameo in Beverly Hills, 90210 singing the songs "Moments of Love" (a minor US Adult Contemporary chart hit), "Why" (in the episode, without D Mob) and "Touch Me (All Night Long)". In Japan, the album was called Into the Skyline +1, and featured three extra tracks: "Nothing Moves Me", a previous B-side, and two tracks that were both released as singles, i.e. "It's My Style", and "Love's a Cradle". She also provided background vocals on PM Dawn's American Top Ten and British Top Twenty hit "Looking through Patient Eyes", released in 1993. in that same year, Dennis recorded a track that appeared on the soundtrack for Robin Hood: Men in Tights, singing "Marian", in a duet version (credited to Dennis and Lance Ellington).

Dennis began to record a third album, Inspiration. The title track was recorded with Todd Terry, along with another song "Is There Life After You". Only one song from the recording sessions was ever released, "S.O.S.", which can be found on the Beverly Hills 90210: The College Years soundtrack.

Dennis wrote her first song for another artist by writing a song for Dannii Minogue called "Love's on Every Corner".

In 1996, Dennis changed musical tack: away from the dance-pop sound of previous releases, to a more traditional singer-songwriter approach. The resulting album, Am I the Kinda Girl?, was more in keeping with the Britpop sound of bands such as Blur and performers such as Stephen Duffy, and featured collaborations with Guy Chambers of The Lemon Trees and Andy Partridge of XTC. However, even though a couple of singles charted in the UK (including a Number 11 cover of Ray Davies' "Waterloo Sunset"), the album failed to make many inroads into the album charts.

In 1999, she acted alongside S Club 7 in episode 8 of their TV series Miami 7. She played an actress starring as the lead role in a fictional show called "Alien Hunter".

In 2001, Kylie Minogue had a worldwide hit with the Dennis and Rob Davis penned song "Can't Get You Out of My Head". The following year Dennis won the Best Dance Recording Grammy for writing Kylie Minogue's song "Come into My World". Dennis followed that up with Britney Spears's hit song "Toxic" which also won the Grammy for Best Dance Recording. Dennis had a string of hits with S Club 7; she wrote almost all their hit singles, and also worked on the singles for the spin-off group S Club 8 which was a younger version of S Club 7. Dennis wrote hit songs for Céline Dion, Australian siren Delta Goodrem, and for HearSay and Bardot. She also wrote the fastest selling debut single in UK history for recording artist Will Young, the winner of the British show Pop Idol, and his runner-up Gareth Gates. Dennis wrote the theme song to the television series American Idol. She also wrote several songs for former S Club 7 member Rachel Stevens. She also wrote two songs for Phil Roy, one of which was on the soundtrack for As Good as It Gets starring Jack Nicholson and Helen Hunt.

According to news reports, Dennis was working on a new album under the name Sexcassettes, which she planned to release in 2008.[7] Equally, she hoped to release the first single, "Killer Love", by the end of 2008.[6] However, nothing was released that year. Dennis has also been working with singer Christina Aguilera for her upcoming release in 2010. She has also collaborated with Mark Ronson on his second album The Business due for release in 2010.[8]

Dennis has achieved critical and commercial success as a songwriter, winning a number of awards and penning dozens of hit singles. She has also contributed backing vocals to many of these recordings. Her association with Simon Fuller has facilitated this, with Dennis providing songs for Fuller acts including the Spice Girls, S Club 7 and the Idol franchise contestants. This began in 1996, when she co-wrote "Bumper to Bumper", the B-side to the Spice Girls' first hit single "Wannabe". Eight Dennis compositions have reached Number One in Britain. "Never Had a Dream Come True" and "Have You Ever", written with Chris Braide (both recorded by S Club 7), "Anything Is Possible" also written with Chris Braide (recorded by Will Young), and "Toxic" (recorded by Britney Spears) all reached the Number One spot, with "Toxic" and "Never Had a Dream Come True" also hitting the Top 10 in the United States. Her highest-selling composition, "Can't Get You Out of My Head" (recorded by Kylie Minogue), spent four weeks at number one in Britain, rekindled interest in Minogue in America (where it hit #7 on the Hot 100), and sold over three million copies worldwide to become the world's second highest selling single in 2001. Her sixth penned number one single was "About You Now", which hit number one on downloads alone in September 2007 for Sugababes, and her seventh was the co-written "I Kissed a Girl" for Katy Perry, which also hit number one in the US. Her eighth and most recent UK chart-topper was April 2010s "Once" by British singer Diana Vickers, co-written with Eg White.

"Can't Get You Out of My Head" also won Dennis an Ivor Novello Award as 2001's most performed composition. She also won an Ivor two years later for "Anything Is Possible". In the US, Dennis received the Billboard Award for 'Female Artist of the Year' in 1991. Her highest musical accolade stateside is the Grammy Award for Best Dance Recording for "Come into My World", recorded by Kylie Minogue, as well as another Grammy for the Britney Spears' song "Toxic" in the same category a year later.

Dennis co-wrote the Pop Idol theme (re-used for numerous international remakes of the show, including American Idol), and many Idol contestants have recorded her songs, including Will Young, Gareth Gates, Kelly Clarkson, and Clay Aiken. Clarkson's single "Before Your Love" (a double a-side with "A Moment Like This") was Dennis' first US number 1.[9]

Dennis also worked on Janet Jackson's Damita Jo album, on the songs "Island Life" and I'm Here." She also contributed to Christina Aguilera's 2010 album Bionic, co-writing the songs "Birds of Prey", "Little Dreamer" and the unreleased "Kimono Girl". She has contributed backing vocals to many of the songs she has written, including several songs for Kylie Minogue and Britney Spears' including "Toxic".

In 2011 Dennis had a cut on the soundtrack for the remake of the film Arthur starring Russell Brand, the song was called "Can't Buy You" and was produced by Mark Ronson.

UK and US number 1 compositions

These songs have not appeared on a studio album or single released by Dennis.

This article uses material from the article Cathy Dennis from the free encyclopedia Wikipedia and it is licensed under the GNU Free Documentation License.