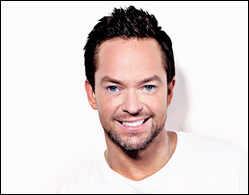 Carlsson was part of the Cheiron Studios team until the studio was closed down in 2000.

In 2008 Andreas Carlsson formed production/publishing company Meriola with fellow producer, composer and songwriter Anders Bagge, who has written and produced songs for Madonna, Janet Jackson and Jennifer Lopez among others.

In 2009, Carlsson wrote his autobiography "Live to win - låtarna som skrev mitt liv" (The songs which wrote my life), about his career and journey to where he is today.

Carlsson frequently collaborates with writers Desmond Child and Chris Braide. Together they have written many recent American hit songs, including "Invisible" for the American Idol contestant Clay Aiken. The song became one of the most performed on American radio in 2004. A more recent collaboration is Katy Perry's "Waking Up In Vegas", featured on her album "One of the Boys". Andreas also made the song Strange, Alice in Wonderland's soundtrack, which was performed by Tokio Hotel and Kerli Kõiv.

His son with ex-girlfriend Hannah Graaf, named William, was born in 2001.

Carlsson was part of the jury for the Swedish edition of Idol from 2008 - its fifth season. The latest season, season seven, began its run on 7 September on the Swedish television channel TV4. On 14 March 2011 Carlsson announced his departure from the jury, citing his desire to go back to songwriting.[1]

He is not related to 2005 winner Agnes Carlsson.

This article uses material from the article Andreas Carlsson from the free encyclopedia Wikipedia and it is licensed under the GNU Free Documentation License.