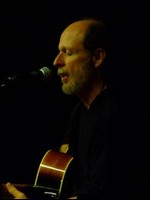 Barrere is a swing man as a guitarist who plays a wide variety of styles of music including blues, rock, jazz, and cajun music and is proficient as a slide guitarist.

Barrere and Bill Payne played several concerts with Phil Lesh and Friends in October 1999 and from March to June 2000.

This article uses material from the article Paul Barrere from the free encyclopedia Wikipedia and it is licensed under the GNU Free Documentation License.