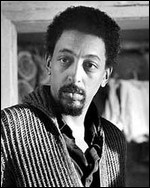 Born in New York City, Hines and his older brother Maurice started dancing at an early age, studying with choreographer Henry LeTang. Together with their father the three were known as "The Hines Kids" and later as "The Hines Brothers" only to have the name change again in 1963 to "Hines, Hines and Dad".

Hines performed as the lead singer and musician in a rock band called Severance in 1975/1976 based in Venice, California. Severance was one of the house bands at an original music club called Honky Hoagies Handy Hangout, otherwise known as the 4H Club. In 1986, he sang a duet with Luther Vandross, entitled "There's Nothing Better Than Love", which reached the #1 position on the Billboard R&B charts.[1]

Hines made his movie debut in Mel Brooks' History of the World, Part 1. Critics took note of Hines's comedic charm, and he later appeared in such movies as The Cotton Club, White Nights, Running Scared, Tap, and Waiting to Exhale. On television, he starred in his own series in 1997 called The Gregory Hines Show on CBS, as well as in the recurring role of Ben Doucette on Will & Grace. In 1999, Hines made his return on television with Nick Jr.'s Little Bill, as the voice of Big Bill.

In 1990, Hines visited with his idol, Sammy Davis Jr., as the great entertainer lay dying of throat cancer, unable to speak. After Davis died, a choked-up Hines spoke at Davis's funeral of how Sammy had made a gesture to him, "as if passing a basketball and I caught it." Hines spoke of the honor that Sammy thought that Hines could carry on from where he left off.[3]

Hines died of liver cancer late Saturday, August 9, 2003, on his way to a hospital from his home in Los Angeles, California. He was 57. He was engaged to Negrita Jayde at the time of his death.[4] He had been diagnosed with the disease more than a year earlier, but he had told only his closest friends. In addition to his father and brother, he is survived by his daughter, Daria Hines; a son, Zach; stepdaughter, Jessica Koslow; and a grandson.

This article uses material from the article Gregory Hines from the free encyclopedia Wikipedia and it is licensed under the GNU Free Documentation License.