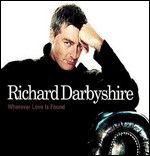 Richard Darbyshire (born 8 March 1960) is an English singer, a songwriter, a producer and a songwriting coach. Darbyshire is best known as the frontman for the 1980s Sheffield band, Living in a Box.

Richard Darbyshire was born in Stockport, Cheshire, in England. He went to school in Manchester, where he briefly attended Manchester Grammar School. At the age of 13, he followed his parents to Japan, where he attended an American boarding school.

Bathing in the sound of The Beatles, Darbyshire's interest in a musical career began early; he first took up the clarinet but then switched to guitar. While in Japan, Darbyshire was introduced to the soul music of Marvin Gaye, Al Green and Curtis Mayfield via U.S military station. He joined a band with a group of Americans playing Allman Brothers type of material.

Back in England, Darbyshire sat his exams at the Manchester Grammar School and played with various bands of the Northern Music scene, such as Gammer and his Familiars. He also went to Oxford University, where he studied English literature.

After university, Darbyshire briefly joined a Manchester band called Zu Zu Sharks, composed of Adam and the Ants bassist Gary Tibbs and Alistair Gordon on keyboards. Their single "Love Tumbles Down" was a number 1 hit in Spain, but Darbyshire left the band in 1983, unhappy with their pop sound.

Darbyshire continued writing songs. One of them, "Put Your Foot Down" was recorded by The Temptations for their album Together Again (The Temptations album), released in 1987. He also co-wrote songs with singer Tessa Niles in 1985 for her upcoming album (unreleased). He also performed session work for Polygram and EMI.

In 1985, Virgin Records wanted to sign Darbyshire to a contract, while Chrysalis Records asked him to be the vocalist/guitarist for a fledgling band consisting of drummer Anthony 'Tich' Critchlow and keyboardist Marcus Vere. After he sang the vocal on a track the band was working on called "Living in a Box," he chose to sign a five year contract with the band, who ultimately named themselves after the song, Living in a Box. The band released two albums: Living in a Box (1987) and Gatecrashing (1989). Their eponymous single was a smash hit, cracking the Top 20 in the U.S..

In 1990, while the band was recording their third full-length album, artistic differences between EMI (who had bought Chrysalis Records) and Darbyshire resulted in the split of the band before the album was completed.

In 1991, he sang "I Love A Lady" with Bandzilla, a big band created and led by composer-arranger Richard Niles. His performance can be heard on Richard Nile's website.[1]

His debut (and to date, only) solo effort, How Many Angels was released in 1994. Singer Lisa Stansfield co-wrote two of the songs, "This I Swear" and "Tell Him No," and sang backing vocals on the album. How Many Angels also featured songs originally written for Living in a Box's third album, and new songs written by Darbyshire and Frank Musker. The album would be re-released in two different forms: Love Will Provide (1999) and This I Swear (20 tracks special edition) (2009), each including b-sides and new tracks.

Darbyshire then continued to write and produce songs with and for other artists, particularlyLisa Stansfield, but also Mike Francis, Frank Musker, Richard Niles, James Last, Level 42, and Jennifer Rush, amongst others.

In 2004, Darbyshire won the First Prize in USA Songwriting Competition in R&B category.

More recently, he opened several songwriting workshops in London, and give writing lessons to young artists, such as Max Tuohy. He works closely with vocalist and vocal coach Sonia Jones.

This article uses material from the article Richard Darbyshire from the free encyclopedia Wikipedia and it is licensed under the GNU Free Documentation License.

François-Joseph Gossec Gavotte D-Dur
Update Required To play the media you will need to either update your browser to a recent version or update your Flash plugin.