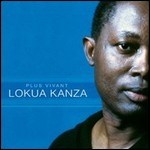 Lokua Kanza (born April 1958) is a singer-songwriter from the Democratic Republic of the Congo. He is known for his soulful, folksy sound.

Lokua Kanza was born Pascal Lokua Kanza in Bukavu in the province of Sud-Kivu, in the eastern part of the Democratic Republic of Congo. He is the eldest of eight children, with a Mongo father and a Tutsi mother from Rwanda. In 1964, the family went to live in Kinshasa in a middle class area, until the day when Pascal's father, a ship's captain, died. His mother then moved to a much poorer area of the city, and Pascal had to work to feed the family. As well as singing in churches. Lokua Kanza sings in French, Swahili, Lingala, Portuguese, and English. He was a coach in The Voice Afrique Francophone in 2016 and 2017.

This article uses material from the article Lokua Kanza from the free encyclopedia Wikipedia and it is licensed under the GNU Free Documentation License.

Johann Nepomuk Hummel 1. Satz aus dem Fagottkonzert F-Dur
Update Required To play the media you will need to either update your browser to a recent version or update your Flash plugin.