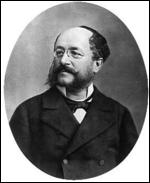 In 1860 he became concertmaster of the Court Opera orchestra and took on various other positions in Vienna's music life.

This article uses material from the article Joseph Hellmesberger, Sr. from the free encyclopedia Wikipedia and it is licensed under the GNU Free Documentation License.