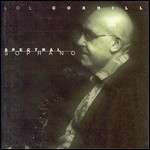 Coxhill was born to George Compton Coxhill and Mabel Margaret Coxhill (née Motton) at Portsmouth, Hampshire, UK. He grew up in Aylesbury, Buckinghamshire, and bought his first saxophone in 1947. After national service he became a busy semi-professional musician, touring US airbases with Denzil Bailey's Afro-Cubists and the Graham Fleming Combo. In the 1960s he played with visiting American blues, soul and jazz musicians including Rufus Thomas, Mose Allison, Otis Spann, and Champion Jack Dupree. He also developed his practice of playing unaccompanied solo saxophone, often busking in informal performance situations. Other than his solo playing, he performed mostly as a sideman or as an equal collaborator, rather than a conventional leader - there was no regular Lol Coxhill Trio or Quartet as would normally be expected of a saxophonist. Instead he had many intermittent but long-lasting collaborations with like-minded musicians.

In the late 1960s and early 1970s, he was a member of Canterbury scene bands Carol Grimes and Delivery[2] and then Kevin Ayers and the Whole World.[3]

He became known for his solo playing and for work in duets with pianist Steve Miller[4][5] and guitarist G. F. Fitzgerald.

He was thought to have largely inspired Joni Mitchell's song "Real Good For Free", while busking solo on the old footbridge which formed part of the Hungerford Bridge between Waterloo and Charing Cross.[6]

He often worked in small collaborative groups with semi-humorous names such as the Johnny Rondo Duo or Trio (with pianist Dave Holland - not the bassist of the same name), the Melody Four (characteristically a trio, with Tony Coe and Steve Beresford), and the Recedents (with guitarist Mike Cooper and percussionist Roger Turner), known as such because the members were (in Coxhill's words) "all bald", though the name may additionally be a play on the American band the Residents. Typically these bands performed a mix of free improvisation interspersed with ballroom dance tunes and popular songs. There was humour throughout his music but he sometimes felt it necessary to tell audiences that the free playing was not intended as a joke.

Coxhill was compere and occasional performer at the Bracknell Jazz Festival, and a raconteur as well as a musician; indeed it was following a performance at Bracknell that he recorded the melodramatic monologue Murder in the Air.

This article uses material from the article Lol Coxhill from the free encyclopedia Wikipedia and it is licensed under the GNU Free Documentation License.