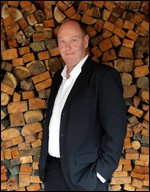 Paul McCreesh is founder and artistic director of the Gabrieli Consort & Players, with whom he has established himself at the highest level in the period instrument field; he is recognised for his authoritative and innovative performances on the concert platform and the opera house. He is artistic director of the Wratislavia Cantans Festival in Wrocaw, Poland and of the Brinkburn Festival in England. With the Gabrieli Consort and Players, Paul McCreesh has performed in major concert halls and festivals across the world. In 2005 Loughborough University conferred the honorary degree of Doctor of Letters, honoris causa, on Paul McCreesh.

McCreesh began his career as a cellist and took his MusB from the University of Manchester in 1981.

McCreeshs directing début was at St John's, Smith Square in London, and a sensational Proms début led to an early signing with Deutsche Grammophon's Archiv label.

The Gramophone Award winning album "Venetian Coronation" (released on Virgin Classics in 1990) represented a break-through for the Gabrieli Consort and Players. A new version of this musical reconstruction of the coronation of Marino Grimani was released in 2012 on Winged Lion. (Winged Lion is an independent label, which McCreesh established in 2011 as a subsidiary of Signum Records).[1][2]

Paul McCreesh has built a large discography for Deutsche Grammophon.

McCreesh has conducted Handels Jephtha for Welsh National Opera and Gluck's Orphée & Eurydice, as well as Mozarts The Magic Flute for Royal Danish Opera and, for Komische Oper Berlin, a new David Alden staging of Handels Alcina. He has also conducted Handels Rodelinda at the Beaune Festival and at the Brinkburn Festival which he founded and directs.

This article uses material from the article Paul McCreesh from the free encyclopedia Wikipedia and it is licensed under the GNU Free Documentation License.