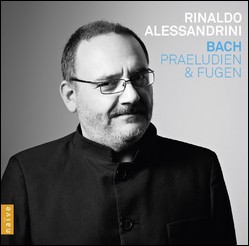 Rinaldo Alessandrini (born 25 January 1960) is a virtuoso on Baroque keyboards, including harpsichord, fortepiano, and organ. He is founder and conductor of the Italian early music ensemble Concerto Italiano, performing music of Monteverdi, Vivaldi, Couperin, Bach, and others. He is considered a foremost interpreter of early Italian opera.

Alessandrini did not start piano until around the age of 14. In parallel he participated in a choral ensemble. At age 18 he discovered the harpsichord, took lessons with Ton Koopman, and subsequently gave his first concert.

Alessandrini has recorded for Tactus, Italy, for the Opus 111 label of Yolanta Skura, now part of Naïve Records,[1] and the Arcana label of Michel Bernstein.

This article uses material from the article Rinaldo Alessandrini from the free encyclopedia Wikipedia and it is licensed under the GNU Free Documentation License.

Camille Saint-Saëns "Bacchanale" aus der Oper "Samson et Dalila"
Update Required To play the media you will need to either update your browser to a recent version or update your Flash plugin.