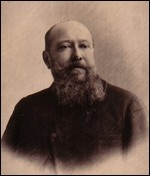 He studied at the École polytechnique with the intention of entering the army, but in 1870 he entered the department of finance. He had a successful official career, was decorated with the Legion of Honour in 1886, and in 1892 was made inspector of fine arts. Armand Silvestre made his entry into literature as a poet, and was reckoned among the Parnassians.

His volumes of verse include:

The poet was also a contributor to Gil Blas and other Parisian journals, distinguishing himself by the licence he permitted himself. To these "absences" from poetry, as Henri Chantavoine calls them, belong the seven volumes of La Vie pour rire (1881-1883), Contes pantagruéliques et galants (1884), Le Livre des joyeusetés (1884), Gauloiseries nouvelles (1888), &c.

For the stage he wrote in many different manners:

An account of his varied and somewhat incongruous production is hardly complete without mention of his art criticism. Le Nu au Salon (1888-1892), in five volumes, with numerous illustrations, was followed by other volumes of the same type. He died at Toulouse, February 19, 1901.

This article uses material from the article Paul Armand Silvestre from the free encyclopedia Wikipedia and it is licensed under the GNU Free Documentation License.

Johann Nepomuk Hummel Larghetto und Rondo aus dem Klavierkonzert a-moll op. 85
Update Required To play the media you will need to either update your browser to a recent version or update your Flash plugin.