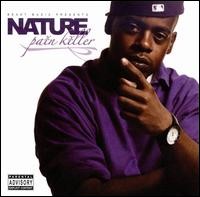 Jermain Baxter (born December 5, 1972), better known as Nature, is an American rapper, best known for his association with fellow Queensbridge-born rapper Nas and having replaced Cormega in the original Firm QB group.[1]

Baxter grew up in Queensbridge, New York, and went to school with Nas.[2][3] Nas introduced Nature to the public in 1997, as a member of his supergroup The Firm, whose members also included AZ and Foxy Brown.[2][3] Nature was brought in to replace rapper Cormega, who had a contractual dispute with Nas' manager Steve Stoute. The Firm's first and only album, Nas, Foxy Brown, AZ, and Nature Present The Firm: The Album, went platinum, and topped the Billboard 200 album chart.[2][4]

The group disbanded in 1997 to pursue various solo projects. After several delays Nature's debut album, For All Seasons, was released in 2000 by Columbia Records and featured a guest appearance from Nas.[2][5] It reached #50 on the Billboard 200.[6] He followed this in 2002 with Wild Gremlinz, released on independent Sequence Records, which reached #150 on the Billboard 200 but reached #9 on the Independent Albums chart.[7] Three of his tracks were included on the soundtrack of the film Angels in America in 2003. A third album, Pain Killer, was released in 2008. Nature is currently working on a fourth studio LP for release in 2012. Nature released an EP titled Seasons Changed in 2013-2014 under DCM.

This article uses material from the article Nature (rapper) from the free encyclopedia Wikipedia and it is licensed under the GNU Free Documentation License.